Trojans travel to take on the Eagles 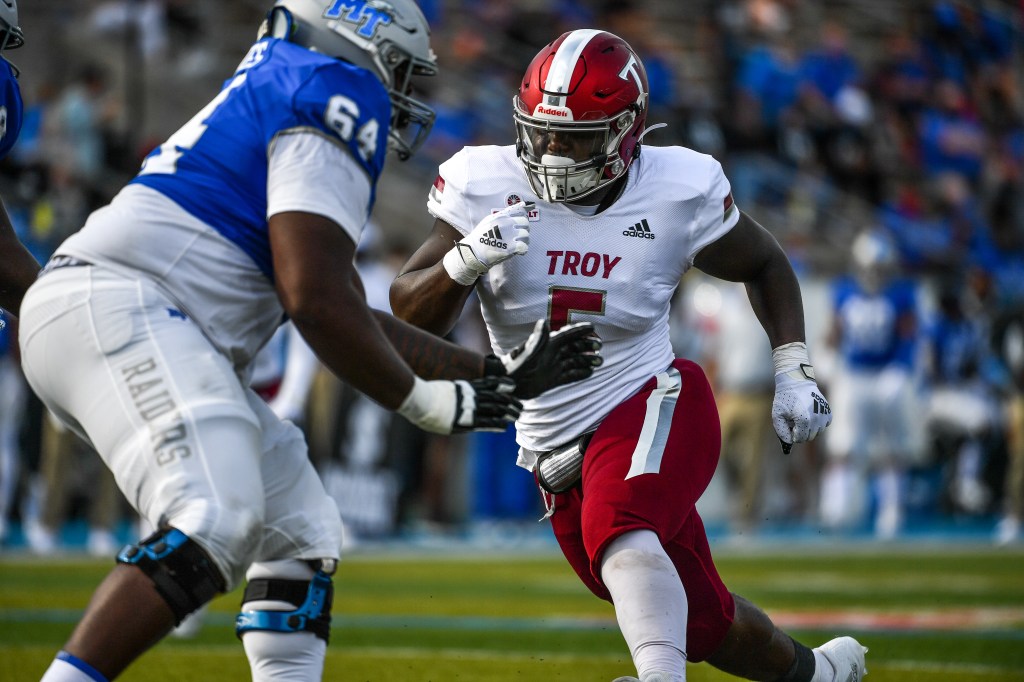 The Trojans travel to Statesboro on Saturday to take on the Georgia Southern Eagles in a key Sun Belt Conference contest.

After falling to Georgia State in their most recent home game, the Trojans bounced back last week with a win over conference foe Arkansas Sate in Jonesboro.  They look to close out the road trip with a 2-0 record with a win over the Eagles.

A half separates the Eagles and Trojans in the Eastern Division. The Trojans enter 2-1, while Eagles are 2-2.

“It’s another big challenge for us on the road this week and we need to have another good week of preparation. We need to limit our turnovers and create turnovers on defense. We need to be the most excited team to play.”

Jacob Free had his first collegiate start of his career last week in the place of injured starter Gunnar Watson. Free completed 33 of his 45 passes for 419 yards and he threw two touchdowns and ran for another one.

“Jacob was our offensive player of the week because he really executed our game plan well,” Lindsey said. “Our staff also did a good job of fitting the offense to his skill set and the opponent. And then he took his preparation and translated to the game. So, I’m really proud of Jacob and how he handled the situation.”

Early in the week Lindsey said they were still monitoring Watson’s situation and that he didn’t know his status for this Saturday’s game.

“We’re hopeful that Gunnar will be able to play this week,” Lindsey said. “We don’t really know quite yet and it’s a day-to-day situation. Jacob has played well the last two weeks and we’re excited that we have two capable guys at the quarterback position. Whenever we have to make that decision, we’ll make the decision that is best for our team. Until we know more about Gunnar’s health, Jacob has earned the right to be our starter this week.”

The Georgia Southern offense, known for their triple-option attack, comes into Saturday’s game second in the conference in rushing. They are averaging nearly 250 yards per game.

“Being a triple-option team they’re always hard to defend,” Lindsey said. “It begins with their quarterback Shai Werts who does a good job of getting their offense going. He’s played in this system now for three years and looks very comfortable making the reads that he needs to make to execute the option.”

J.D. King leads the Eagles rushing attack with 572 yards, while Werts comes in with 494 yards.

The Trojan offense put up nearly 500 yards of total offense last week. They will be going up an Eagle defense that ranks third in both total defense and points per game (20.2).

“They’re big and physical on defense and have probably the best linebacker and safety group in our league,” Lindsey said. “They are very aggressive and tackle well and do a good job of mixing their looks. It’s a big challenge ahead and a different style of defense than we faced last week.”

Since 2014, the Trojans and Eagles have split their six matchups. The Trojans, after dropping the first three games, are on a three-game winning streak against the Eagles. They won last year’s game 49-28 in Troy.

Game is scheduled to start at noon and it can be seen on ESPN3.