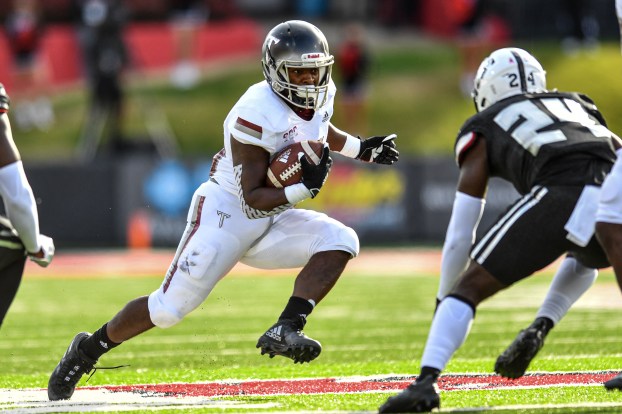 The Troy Trojans avoided their first two-game losing streak of the season on Saturday when they knocked off Arkansas State, 38-10.

The Trojans (4-2, 2-1) scored the game’s first 14 points and never trailed on Saturday, on their way to their fourth win of the season.

“I was excited for those guys,” head coach Chip Lindsey said. “Really proud with how we played as a team. I thought we were solid as a team. It was probably our most complete game all the way around since maybe the Middle Tennessee game.”

“Really proud of how we handled the road trip and how we were able to get a big win on the road,” Lindsey said.

Following last week’s loss to Georgia State, Lindsey was eager to see how his team was going to bounce back. Thanks to some veteran leadership, Lindsey found his answer.

“It didn’t really surprise me because I have a lot of confidence in the leadership on our team,” Lindsey said. “We have guys that have played some snaps. I was pleased with how we responded. We understand that after watching the film last week, that we shot ourselves in the foot a lot. Our goal this week was to play good, solid football. We went out there and did that and that says a lot about our leadership on the team.”

Quarterback Jacob Free made his first career start for the Trojans on Saturday. The junior quarterback completed 33 of his 45 passes and finished with 419 yards and two touchdowns. Free became the fifth quarterback in program history to eclipse 400 passing yards in a game.

“I thought Jacob really executed well,” Lindsey said. “Last week he was thrown into the fire and didn’t have time to think about it. I thought he did a good job preparing and I thought our staff did a good job at narrowing things down and did what he liked. He went out an executed.”

Arkansas State entered the game as the conference’s top passing unit, averaging 369 yards per game. The Trojan defense limited the Red Wolves to 271 yards and one touchdown.

“We limited the explosive plays,” Lindsey said. “I thought we contested every throw, and with the guys they have that was a big of emphasis this week. Brandon Hall made a big point with our players about being in position all the time. I thought our guys for the most part did that.”

Jayden McDonald led the defense in tackles for the fourth time on Saturday and second time in a row. He finished with eight tackles and had one pass breakup.

“What I have seen from Jayden is maturity,” Lindsey said. “He has grown up on and off the field and he has handled his business more like a pro. He has been honest with himself and the coaches have been honest with him about things to improve on. He his still learning, but he is an extremely talented guy. He really has a bright future here.”

McDonald’s eight tackles give him a team-leading 48 tackles on the season.

The Trojans will travel on Saturday to take on Georgia Southern.

JONESBORO, Ark. – Jacob Free threw for the seventh most yards in school history and the Troy defense locked down... read more