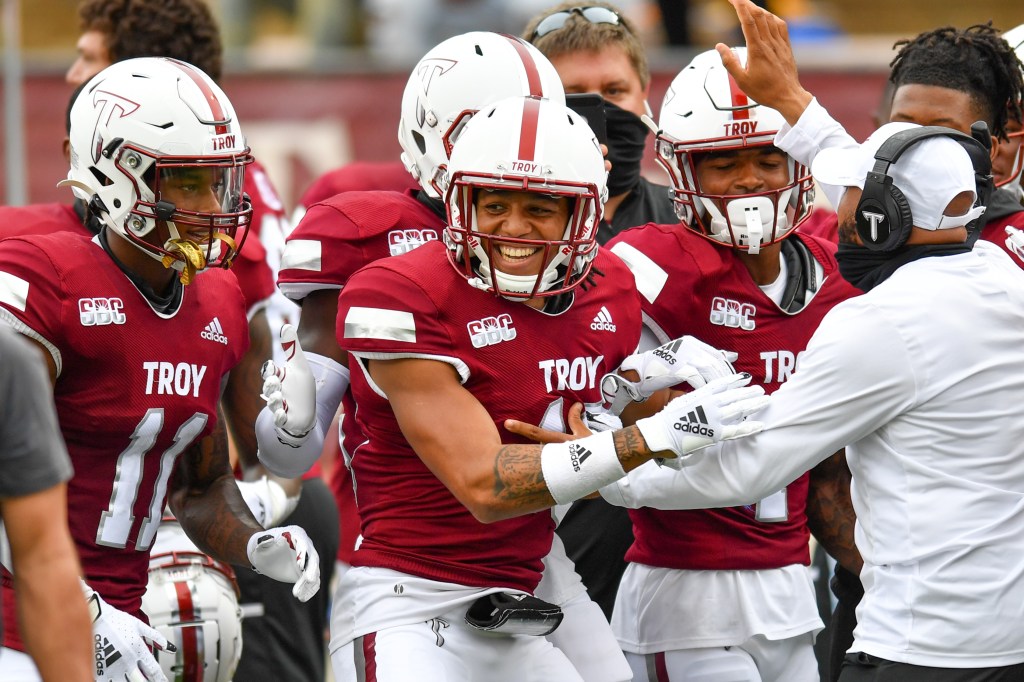 The Troy Trojans hope to get back on the winning track when they travel to Jonesboro to take on the Arkansas State Red Wolves on Saturday afternoon.

“It was obviously a tough loss on Saturday,” head coach Chip Lindsey said. “I really thought our guys played really hard and really physical. We just had too many critical errors. Overall, it is going to a big challenge for us on the road. They are really good team, and it should be a really good football game. It will be similar to what he had this past weekend, but we just have to get better at doing the little things. I think our team is very close to playing to our potential.”

The Red Wolves come into Saturday’s game with a 3-3 overall record and are 1-2 in conference play.

The Red Wolves enter the game with one of the top offenses in the conference. They are the conference’s top passing team, averaging a league best 369 passing yards per game.

Head coach Blake Anderson will play two quarterbacks on Saturday in Logan Bonner and Layne Hatcher. Both quarterbacks have played in all six games. Hatcher has the edge in passing yards with 1,074, but Bonner has one more touchdown than Hatcher with 12. Jonathan Adams leads the receiving core with 47 catches for 673 yards and he has 11 touchdowns to lead the team.

“Offensively, they are very explosive,” Lindsey said. “They have an outstanding receiving corp. Both quarterbacks are really good players. Anderson is committed to playing them both and rotating them, which is very impressive. They do a good job at attacking you in different ways and they are very creative. It will be a big challenge for our defense. Arkansas State has put up a lot of points this year.”

The Trojan offense is the league’s fifth best scoring unit and second best passing offense behind only Arkansas State. They will be going up a defense that currently ranks ninth in rush defense, eighth in passing defense and last in points allowed.

The Trojans lost starting quarterback Gunnar Watson late in the first quarter last week and Jacob Free took over for the final three quarters. There has not been a definitive word on who will start on Saturday, but Lindsey is hopeful it will be Watson. Whoever is in at quarterback will have to face a defense that likes to muddy the water.

“They do a good job of muddying the water and junking it up,” Lindsey said. “I am very impressed with their corners. Justin Rice is a transfer, a very smart player that looks like he is right where he is supposed to be. Their nose guard, Forrest Merrill, is one of the best defensive linemen in our league. They have played a lot of different guys, but they do a good job and are very well coached. We are going to have to play really well on the road.”

The Trojans are 5-8 all-time against Arkansas State. They fell to the Red Wolves 50-43 last September.

Kickoff is set for 2 p.m. at Centennial Bank Stadium in Jonesboro. The game can be seen on ESPN3.