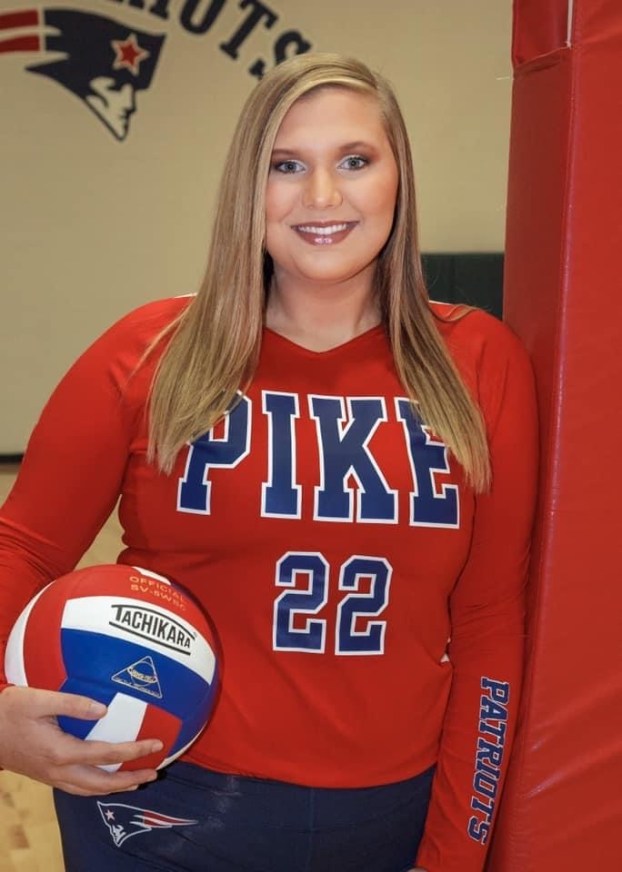 As a seventh grader, Pike Patriot senior Grace Rushing initially didn’t want to play volleyball. After being persuaded to join the team by a friend, Rushing finished her high school volleyball career as an All-Star.

The Alabama Independent Schools Association (AISA) announced their All-Starts earlier this week and Rushing made the list. She will play in the All-Star Game on Saturday at Macon-East Academy.

“It’s one more thing that I can do to represent my school,” Rushing said. “I’m so grateful that I was given this opportunity to be able to represent Pike Liberal Arts. I’ll do the best that I can in the game.”

After starting her volleyball career in the seventh grade, Rushing continued to grow as a player and a teammate. She has enjoyed the closeness of the team.

“I wasn’t planning on playing, but one of my friends got me to play in the seventh grade,” Rushing said. “Ever since then I have had so much fun and I have grown every single year.  Over the years playing together we got really close and like softball, it was place where we could all be together like a family.”

Rushing and her team finished the 2020 season in the Elite 8 Tournament in Montgomery. Indivdiually, Rushing finished with 27 blocks, 25 aces, 82 kills and 10 attacks. Of all her talents on the volleyball court, Rushing’s favorite part of her game is playing the net and blocking opposing team’s hits.

“I am a middle hitter,” Rushing said. “I’m pretty tall and I love to block. I think my height helps a little bit. Hitting and blocking are my favorite parts of the game.”

Having the opportunity to play in Saturday’s game is a bitter-sweet feeling for Rushing, who will be playing in her final high school volleyball match.

“It’s kind of heartbreaking and exciting at the same time,” Rushing said. “I have to move on. I can’t stay a volleyball player, even thought I wish I could. This has been so much fun, but it’s obviously sad that I have to move on. This will give others at my school an opportunity to become all-stars and represent their school. Just like me.”