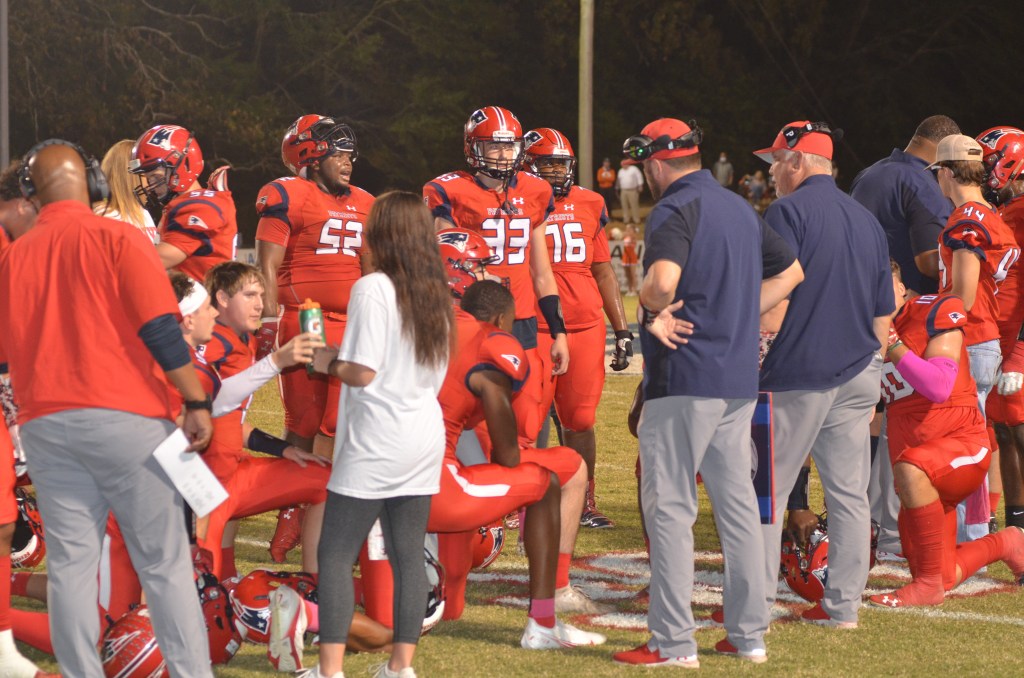 The Pike Liberal Arts Patriots fell to Glenwood 26-7 with the AISA Class 3A Region 1 championship on the line Friday night in Troy.

After going into the locker room trailing 13-7, a pair of second half turnovers was too much for the Patriots to overcome.

The loss for the Patriots drops them to 6-2 on the season and 3-1 in region play.

The Gators scored the first 13 points of the game on Friday night. They scored the game’s first touchdown on a 5-yard touchdown run to go up 7-0.

On their next possession, The Gators began the second quarter with another touchdown on a 65-yard touchdown run. After a blocked extra point, the Gators took a 13-0 lead with 11:02 remaining in the third quarter.

The Patriots’ only score of the night capped off an 8-play 67-yard drive. After an Elijah Caldwell reception set the Patriots up at the Gator nine-yard line, Kam Baker caught a Mayes White pass and rumbled his way in for a nine-yard touchdown. Following a extra point by Scott Taylor Renfroe, the Patriots cut into their deficit at 13-7.

Glenwood took the opening drive of the second half 80-yards and stretched their lead to 12 at 19-7 after they scored on an 11-yard touchdown run.

The Patriots had two second half turnovers on two interceptions and allowed a late Glenwood touchdown to put the game away.

The Patriot offense finished with 318 total yards of offense. White finished the game with 193 passing yards after he completed 22 of his 33 passes and he had one touchdown. Elijah Caldwell finished with 10 catches for 108 yards. White led the rushing attack with 71 yards on 19 carries.

The Patriots will be back in action next Friday night when they travel to take on Monroe Academy beginning at 7 p.m.