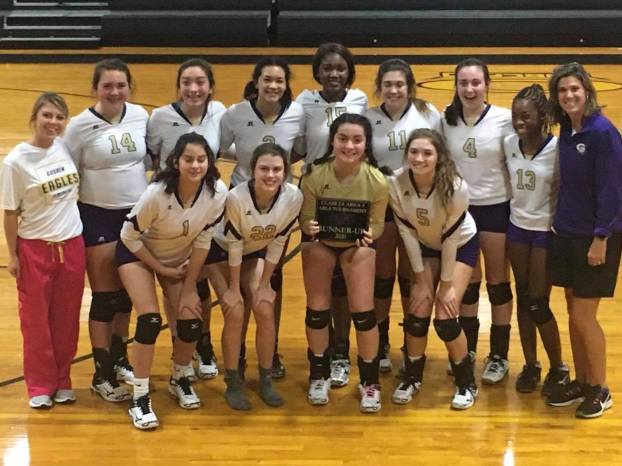 The Goshen Eagles began play in the Class 3A Area 4 Tournament in Opp on Tuesday afternoon. The Eagles took home second place in the tournament to advance to the next stage of the state playoffs.

Joined by New Brockton, Opp and Pike County, the Eagles entered the tournament in hopes of advancing out of the area tournament by picking up at least one win. They reached their goal by knocking off New Brockton in three sets by scores of 25-23, 25-14 and 25-14.

Goshen with the win advanced to take on the winner of Opp and Pike County later Tuesday evening.

Baker finished the championship with one ace and three kills. Kaci Wilkes had one ace, three kills, one assist, one block and two digs. Morgan Wilkes finished with one kill, three assists and one dig. Jayleigh Adair had two kills, while Kaleigh Burden had one kill and two blocks.

Troy defense plays with an edge in win over Texas State

The Troy Trojan defense entered Saturday’s game against Texas State with something to prove. They made their statement in a... read more