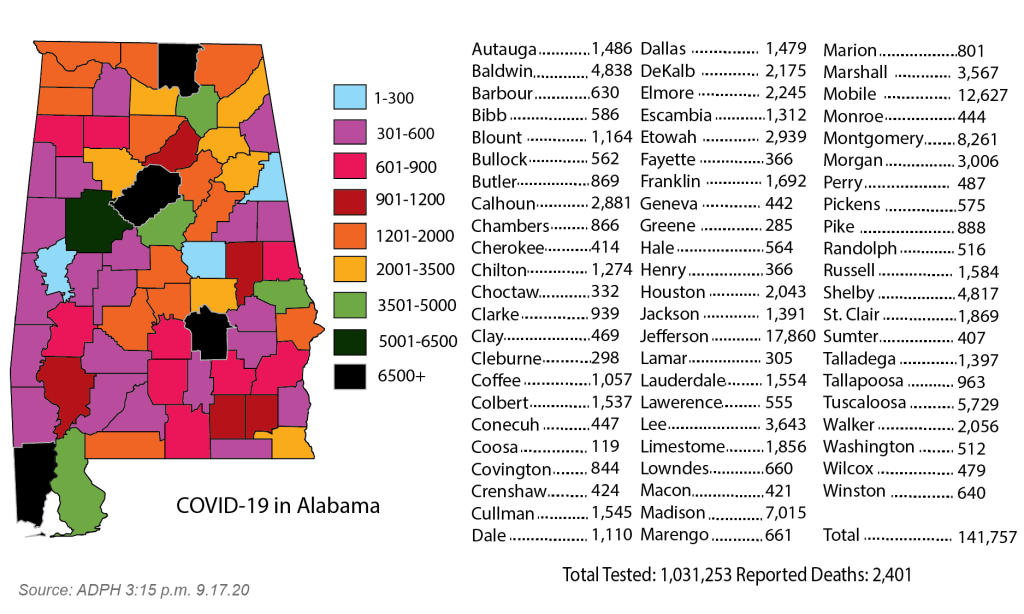 More than 61,000 people have recovered from COVID-19 in Alabama, according to the latest data from the Alabama Department of Public Health.

The ADPH Thursday update says 61,232 people have recovered, with 128,097 confirmed cases and 13,660 probable cases since tracking began in March. More than 2,400 people have died and only 722 remain hospitalized.

The statewide recovery rate is updated weekly, and it grew more than 7,000 from last week’s update.

While the ADPH doesn’t track recoveries by county, spread rates continue to decline in Pike County. Four confirmed cases were reported on Thursday with no probable cases, bringing the cumulative total to 888 and 244, respectively. Eight COVID-19 related deaths have been confirmed in Pike County.

Troy University reported only one new student case in Troy on Thursday, bringing the total number of students reporting positive tests to 338 since Aug. 3.

Storm washes out roads, overflows dams and drains a…