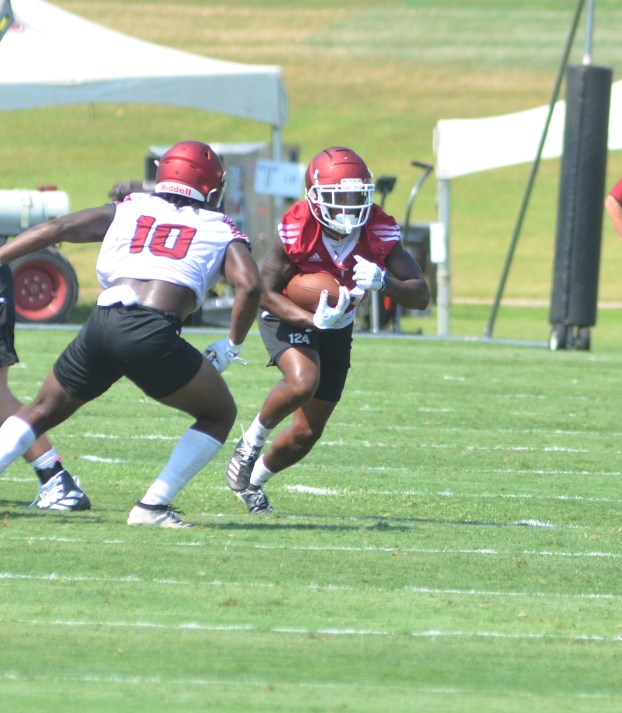 In what has already been an unprecedented start to the college football season, the Troy Trojans are learning on the fly to expect the unexpected in what will be could be an ever-changing 2020 season.

The Trojans were initially supposed to open the season this Saturday with a home game against Arkansas Pine-Bluff but that game was cancelled. It was only the first domino to drop as last month Troy’s season opener against Louisiana-Monroe was pushed to December, leaving Troy to open the season on September 19 at Middle Tennessee State.

“Since the game has been pushed back to the end of the year, we have kind of taken the approach similar to spring ball,” said head coach Chip Lindsey. “This is an opportunity for our team to keep working on us and not worry about who we are playing. Our players have responded, they are disappointed they are not able to play, but at the same time they have done a nice job at refocusing.”

The Trojans understand this will be a college football season unlike any other. They continue to take things one day at a time, while at the same time adhere to safety guidelines and protocols.

“There possibly could be some interruptions as we go,” Lindsey said. “We continue to try social distancing and follow the safe guidelines and policies that we have in place. Really taking it one day at a time and focusing on Troy.”

There is constant dialogue between the Troy coaching staff and the players. The coaches are urging the players to be ready for anything including the younger players expecting to get some playing time throughout the year.

“We are making sure all the way down our depth chart that we have guys who are capable of getting into games and executing the offense, defense or special teams,” Lindsey said. “I think this is the year you need to make sure you give reps to the younger guys. You never know what’s going to happen. That is keeping everybody on high alert.”

Middle Tennessee will be the third different opponent Trojans have prepared for leading up to the season, Lindsey has been impressed with his team’s maturity during the process and believes it starts with team’s leadership.

“The maturity of our team has really shown through this,” Lindsey said. “We are not as concerned about who we are playing right now. That’s what’s nice about having good leadership. When the ULM situation arose those guys never flinched.

“I’m really excited about this team I don’t know how many games we’re going to win, but I love this team, as far as what the older guys are bringing to the table. These guys understand we have to put in the work everyday in order to be the team we want to be. Nothing comes easy in this game; you get everything you earn. So far I’m really pleased with the leadership.”

The Trojans will spend the remainder of this week working on themselves both at practice and in the weight room. They will begin preparations for Middle Tennessee beginning next week.

Troy Athletics announced a scheduling change as well as a couple game times for the upcoming season on Tuesday.

Troy’s scheduled home opener against Texas State on Thursday, October 8 will now be played on Saturday, October 10 and can be seen on either ESPN or ESPN2. Troy’s season opener against Middle Tennessee State on September 19 will kickoff at 3 p.m. and will air on ESPNU. The following Saturday, Troy will hit the road to take on BYU. Kick is scheduled for 9:15 p.m. and it will air on ESPN.

Troy Athletics In a flurry of moves Tuesday, ESPN and the Sun Belt Conference announced that Troy’s home opener against... read more