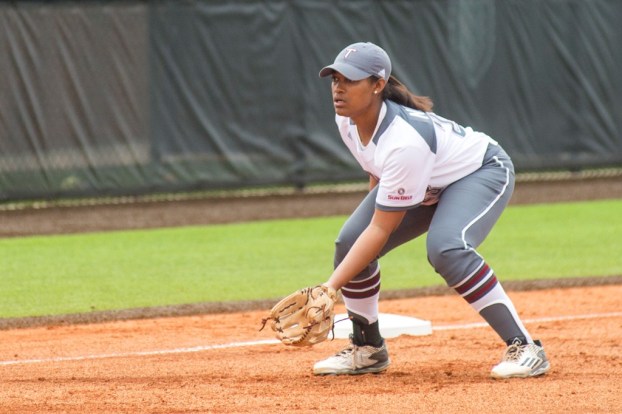 Neely excited to take over at Charles Henderson

After moving up the coaching tree in Texas, former Troy Trojan Khadija Neely is looking forward to her first high school coaching opportunity with the Charles Henderson Trojans.

Neely has spent the last few years coaching softball for the Scrap Yard Dawgs’ Select 18U and 16U softball teams, now she is returning to Alabama for her fist high school coaching opportunity.

“It means a lot to just be considered for this position,” Neely said. “To be back in a town that I considered home for two years is an awesome thing. It’s a great feeling.”

After finishing her career at Troy, Neely became an intern for the Scrap Yard Dawgs in 2016 and later went back to Troy and graduated in 2017. After leaving Troy, Neely was asked back to coach Scrap Yard’s 18U Select Ball team for two summers. After assisting the 18U team, Neely went on to be a head coach for the first time with the 16U team.

All of Neely’s athletes committed to play softball at the collegiate level.

“Being able to see them get to the next level both academically and athletically, that’s what I want to bring to Charles Henderson,” Neely said. “I want to develop these athletes not only athletically, but at an academic level as well.”

Neely has met a few of her Charles Henderson players, but will head into next spring largely unfamiliar with her new group of players. She has been and will continue to lean on the knowledge of former Charles Henderson Trojan and current Troy assistant coach Taylor Smartt for background of the CHHS softball program.

“I know in the past they have been pretty strong,” Neely said. “I have played with Becca Hartley and Taylor Smartt was my coach, so I have heard a lot from them about how in the past the program was very strong. I have had a chance to meet a couple ladies that are on the team and they are telling me they want to learn and be challenged. I don’t know the talent level that I’m gong to have but I’m the type of coach who as long as your mentality is ‘let’s stay focoused and get a job done’ I can coach any athlete. As long as I have 10 or more athletes who are ready to get after it , we are going to be able to compete.”

“I normally see coach Mullins and Taylor once a year at the coaches conference,” Neely said. “I picked Mullins’ brain when it came to me teaching the girls something. Same thing with  Taylor.They both have been really supportive even before this was even in the picture when I was coaching at the select level in Houston. They are real supportive of me developing these athletes.  I’m probably going to watch a lot of their practices and be a part of their camps if I can.”

The school bell will toll today at Pike Liberal Arts School and, in so doing, will signal the up-coming first... read more