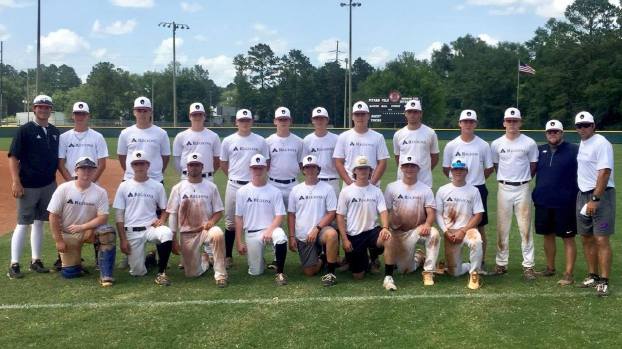 The American Legion Post 70 17U team will wrap up their season this weekend in the Terry Jinright Tournament at Pike Liberal Arts School.

The Patriots have played 25 games this summer, the season will end with a two-day tournament that includes a total of five teams.

“We are excited to end the summer by hosting a tournament here in Troy,” said head coach Will Austin. “We are having two teams come down from Auburn, one from Columbia, Tennessee and one from Tuscaloosa. The kids are excited and are looking forward to ending the summer on a good note.”

Post 70 played in an exhibition on Friday night and will officially open the tournament on Saturday beginning at 9:00 a.m. Each team is guaranteed to make it to Sunday, with the top seed having a bye.

“This weekend, more than another weekend, we want to finish on a winning note,” Austin said. “The kids are all competitors and they want to win.”

At the very least, Post 70 wants to be able to provide some entertainment for the baseball fans in the Troy community.

“We have a lot of parents that come out and it’s a neat thing to see out there,” Austin said.

With the effects of the coronavirus playing a factor this summer, Austin is pleased his team was able to get approximately 25 games in this season.

“The summer went really well,” Austin said. “The coronavirus and those circumstances have been tough, but we’re going to end up playing almost 25 games. You can’t beat that considering everything going on.”

The players had their spring high school seasons cut short. Because of that, the players were excited to get back on to a baseball field this summer.

“They missed out on the second part of spring ball,” Austin said. “They had the opportunity to come out this summer to get some reps and college exposure.”

Austin was pleased with comradery between the players all summer long.

The Alabama Independent School Association announced that fall athletics will start on time beginning in August. The AISA set out... read more