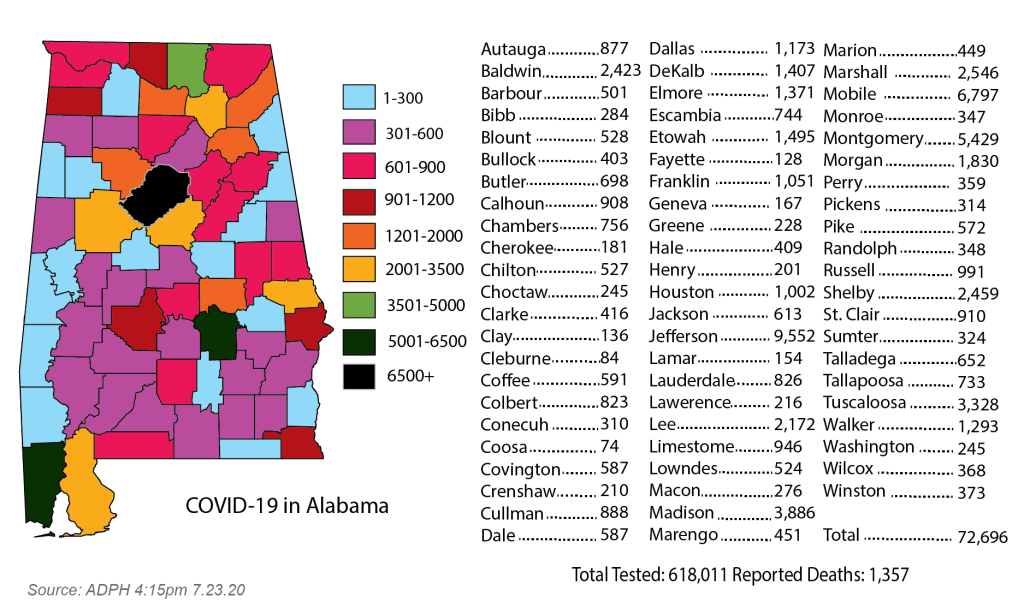 According to the 10 a.m. update from the Alabama Department of Public Health, Pike County also added 10 new confirmed COVID-19 cases, bringing the county’s total to 572 since tracking began in March.

Pike County’s seven-day average for new cases is 7.57, and the percentage of positive tests in the past 14 days increased to 13.61 percent today.

Also this week, the Centers for Disease Control updated guidelines for individuals who test positive for COVID-19. According to the CDC, anyone who tests positive should quarantine for 10 days after symptoms begin. Quarantine can end when the patient shows general improvement in symptoms, including being fever free for at least 24 hours without the use of fever-reducing medicines. Previously, the CDC had recommend a 14 day quarantine for all individuals.

However, the CDC still recommends anyone who has been exposed to COVID-19 stay home for at least 14 days after initial exposure.

Pike County remains in the high risk category according to the ADPH.