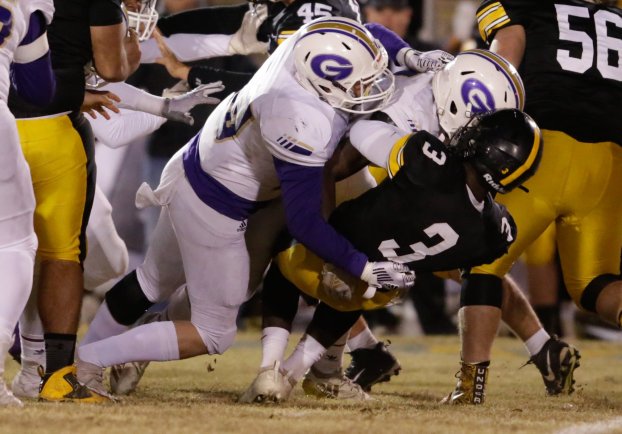 AHSAA to give latest updates in Thursday press conference

There may be a little more clarity regarding the upcoming 2020 high school football season when the Alabama High School Athletic Association will discuss the latest updates in a press conference on Thursday afternoon.

The press conference will occur a day after the AHSAA Central Board of Control hold their annual summer meeting on Wednesday. It will be one of two meetings on Wednesday afternoon. Following the control meeting, the annual AHSAA Legislative Council will hold a meeting.

AHSAA Executive Director Steve Savarese, along with Assistant Director Denise Ainsworth, will step to the podium beginning at 1 p.m. on Thursday.

The press conference will be live-streamed over the NFHS Network along with the AHSAA TV Network.

Games are scheduled to begin on August 20 and 21 and with about a month until the start of the 2020 season, local teams are eager to find out when the season is going to start. Goshen is hopeful the season will start if for nothing else then to give the players a chance to play ball.

“I hope the kids get to play,” Goshen head coach Bart Snyder said. “These kids deserve something normal, if it’s five games or six games. These high school kids don’t get this part of life back. 90 plus percent of the kids playing high school ball are just high school players and they deserve the opportunity to build memories that last a lifetime.”

Mississippi, Georgia and most recently Texas have already announced that the start of high school football will be delayed until September, leaving people to wonder if the state of Alabama is next.

“I thoroughly believe in the organization in which we are a part of,” Snyder said. “Coach Savarese and the staff he has up there are as good of people as you’re going to meet. They are weighing every possible (option) to make sure this is successful.”

Online or in-person? Virtual or traditional? That’s the choice parents of public school students have to make as they register... read more