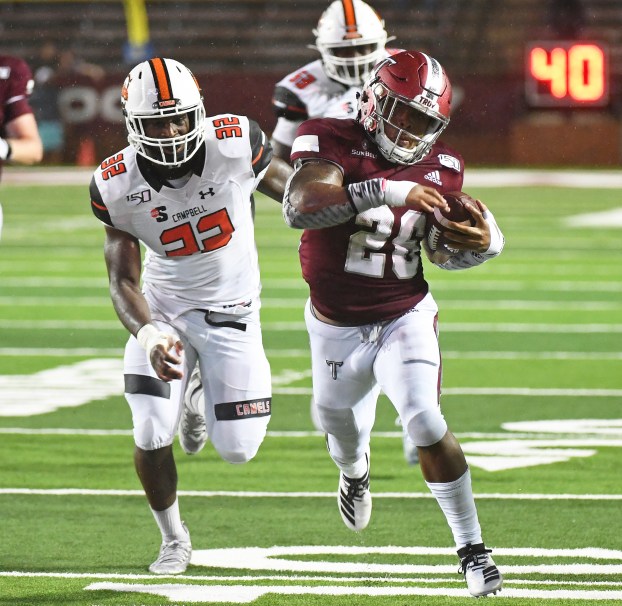 A pair of Trojans made news on Wednesday morning as linebacker Carlton Martial was named Preseason All-American and running B.J. Smith was named to the Doak Walker Award Watch List.

Two days after hearing he was named to the Bednarik Award Watch List on Monday, Martial was told he was a preseason All-American for the second time in his career. Phil Steele named the talented linebacker to his All-America Fourth Team.

This accomplishment only adds to the list of accolades Martin as received this offseason. In addition to being a preseason All-American and being put on the Bednarik Award Watch List, Martial was named Walter Camp First Team All-American. Athlon Sports and Phil Steele also named Martial First Team All-Sun Belt.

Martial finished the 2019 season with 100 tackles. He became the first underclassman in the last 20 years at the FBS level to accomplish that feat. He had 15 tackles and three interceptions. At the conclusion of last season, Martial led the nation in fumbles forced.

Smith played in just one game last season before a season-ending injury. After he was granted another year of eligibility he was named to the Doak Walker Award Watch List for the second-straight season. The Award is given to the nation’s top running back.

Smith entered last season as the Sun Belt Preseason Player of the Year. He injured his knee in the second game of the season.  Smith finished the season with 106 yards on 11 carries. He rushed for 108 yards in Troy’s season opener against Campbell.

The Doak Walker Award is named for former SMU running back Doak Walker. It not only awards good athletes but strong student’s as well. The recipient must be in good academic standing and be on track to graduate.

Pike County topped 500 confirmed cases of COVID-19 on Wednesday. According to the Alabama Department of Public Health’s 10 a.m.... read more