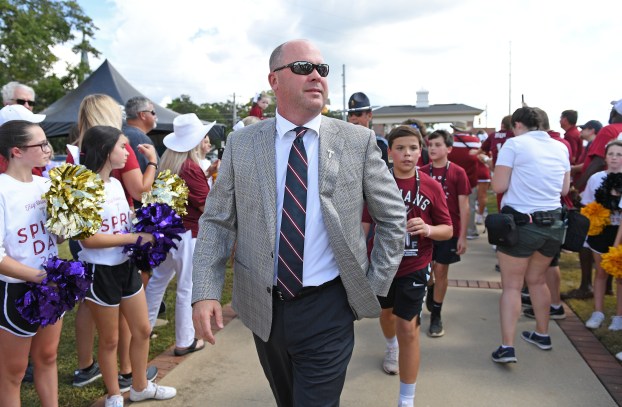 As of Friday evening there are 79 days remaining until Troy opens up the 2020 football season at home against Arkansas Pine Bluff. Despite the continuing spread of the coronavirus, Troy Director of Athletics Brent Jones is optimistic about the chance of having college football this season.

“We are really excited about football season,” Jones said. “We are working through our protocols and models. Currently, we are at 100 percent capacity. We will work with whatever guidelines the state and local agencies say we need to do.”

It is still not yet known how many fans will be able to attend each game in 2020, but Jones and the athletic staff is finding ways to make sure fans that do come to the games will have a memorable gameday experience.

“We are working on different models for our fans,” Jones said. “We want to offer the best gameday environment and fan experience as possible. We think we have been able to capture that in the last three years.”

As of Thursday morning, Troy is on track to sell the same amount of season tickets as last season, when they broke the record in season ticket sales.

“We are selling season tickets,” Jones said. “Over the last two weeks we sold over 1,000 season tickets which is tremendous. I think it shows the magnitude of our fans and how excited they are about our football season.”

Jones also mentioned on Thursday that all season ticket holders for the upcoming season are guaranteed a seat in 2020.

Once in the stadium, fans may have to alter how they get their food and beverages during the game. Troy is working on ways to have concessions while also adhering to social distancing policies.

“We are working on several different items with our vendors,” Jones said. “We will probably look at opening our gates a little earlier to get people inside.”

Troy is not working on startup procedures alone. Jones is in constant contact with other universities within the Sun Belt Conference, the Southeastern Conference and the Atlantic Coast Conference.

The players are also doing their part to get ready for the upcoming season. They were officially allowed back on campus on June 1. Before doing so, each player, coach and employee had to be tested for the coronavirus. The Trojans did have some individuals that tested positive. According to a list published on the Troy University website a total of seven employees of the North End Zone Building tested positive. Two of the seven were employees, while the other five were listed as student employees.

“We did receive a handful of positive tests either from staff or coaches,” Jones said. “For the most part they were asymptomatic. They were immediately quarantined, isolated and given the proper medical attention that was needed. Most of them have already recovered and have come back to work or practice.”

It will be an ongoing process and Jones warns that with time, the number of positive test could change. They will continue testing, especially if someone is showing signs of having the virus.

“We did a baseline coronavirus test to see what we were dealing with,” Jones said. “We will continue to test especially if you’re showing symptoms.”

Once they were back on campus, the Trojans were able to participate in volunteer workouts. In those workouts, the Trojans had groups of no more than 15 players, all of whom had access to masks and hand sanitizer. After each workout, the weight room is  completely disinfected and left unused for 15 minutes.

Football fans had reason to celebrate on Thursday when the NCAA announced that all teams would be granted a six-week window to hold preseason practice. With each passing day, Jones grows more optimistic about a 2020 season.

“The first step was getting our student athletes back on campus,” Jones said. “The next step is keeping them safe and healthy. Every day we are meeting a different marker. Right now we are working on a return to game plan. I am very optimistic about football season in the fall.”

The Troy Police Department celebrated the service of two of its officers and honored them with promotions at a Promotional... read more