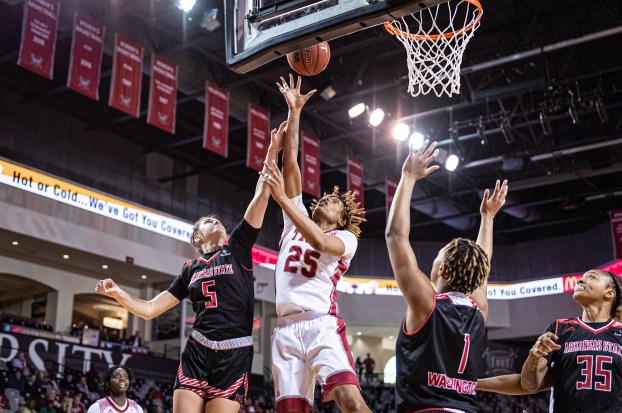 New look Trojans eager to return to the court

The Troy women’s basketball team was having one of their best seasons in program history when the coronavirus shut things down in the early stages of the Sun Belt Conference Tournament.

Now, the Trojans turn their attention to the 2020-2021 season where they hope to restart their run to another conference title.

“It’s difficult to think about what we left on the table,” Rigby said. “Life and achievement is all about what is ahead of you. You can’t think about what is behind you. We are going to have a celebration when we all get back together and get rings. It’s about setting new goals and accomplishing even bigger things.”

Until then, the Trojans are focusing on staying healthy this summer.

“Everybody is doing great,” head coach Chanda Rigby said. “We have a great group of upcoming seniors that are helping us stay focused at this time. We feel like we are moving along and progressing well.”

The Trojans finished the season with a 25-4 record, breaking the program’s all-time wins record. They earned their first-ever regular season championship. Despite the shortened season, Rigby believes this was the most memorable season of her career.

“We felt so blessed to win the outright conference championship,” Rigby said. “We felt like we were going to make a deep run in the NCAA Tournament, if given the opportunity. I hate to say it was my favorite group that I have ever coached, but they definitely got closer to our hearts.”

Jasmine Robinson finished second on the team with 12 points per game and earned third-team All-Sun Belt honors. She will be one of the key seniors returning next season for the Trojans.

“I knew I wanted to do bigger and better things because I knew I was capable of it,” Robinson said. “My teammates made it all happen. They pushed me and challenged me every day during practice. It help me put it all together.”

Janiah Sandifer will be another senior heading into the 2020-2021 season. Sandifer averaged 3.5 points per game last season to go along with three rebounds. She hopes to take another step as a senior and help lead her team to a championship.

“I want to play care free and play like I did my freshman year,” Sandifer said. “Hopefully bring another championship in my final season.”

The Trojans will enter the season without key players including Kayla Robinson, Harriet Winchester, Japonica James and Kate Rodgers.

“Unbelievably excited about this group,” Rigby said. “We are so blessed to have the players coming in. Even though we lost a lot we have some great ones moving up. Dunlap was an All-American and an elite type player coming up. Alexus Dye did such a great job and we are expecting great things from her.”

The NCAA recently announced that in-person workouts can begin as early next week.

“I have mixed emotions about it,” Rigby said. “We have good leaders that are making very informed decisions. They deemed it was good enough for us to come back; We support that. Football will come back first and we’ll all get acclimated to the new standards. Hopefully the other fall sports will come back in June and we’ll come back in the early part of July.”

Rigby and the Trojans will use the shortened season as some motivation heading into next year, but they are looking forward to bigger and better accomplishments.

“I want to focus on the new team and the new leadership of our seven seniors,” Rigby said. “No doubt those embers are going to burning on the back burner. That’s good to have for fuel, but our primary motivation is going to be accomplishing new things and honor Troy University with another championship.”

By Lauren Johnson The Summer Feeding Program for the City of Troy and Pike County is back in full swing.... read more