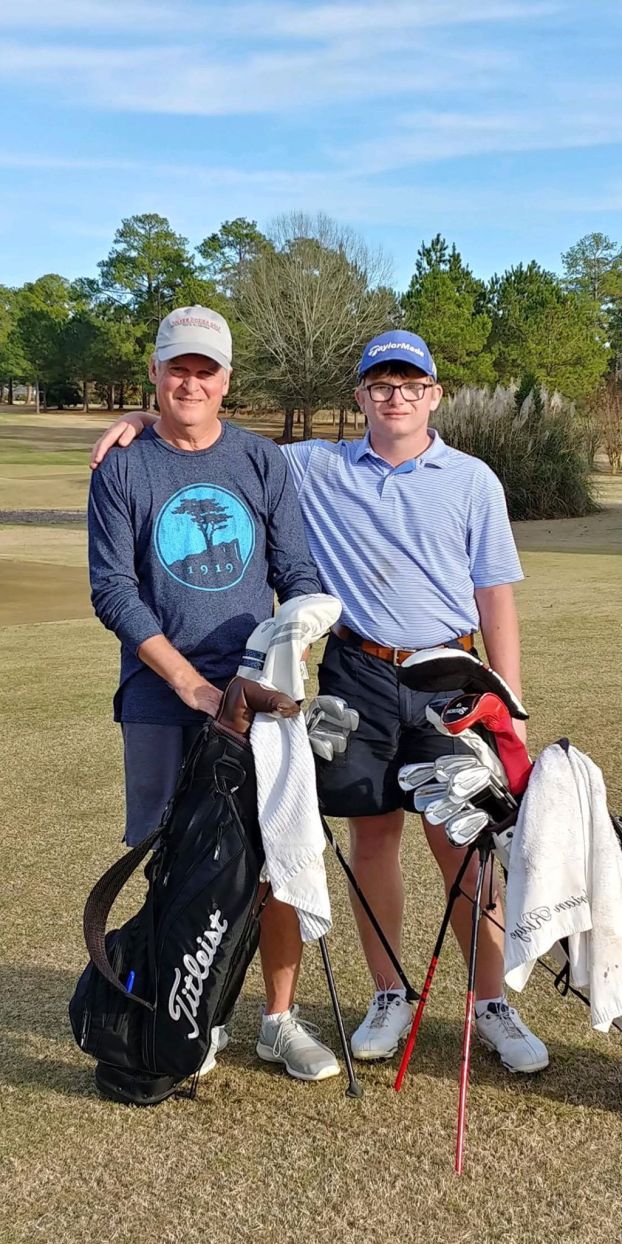 When the McCrary family allowed Troy native Bill Rice to write a story on their son Griff McCrary, the hope was to bring awareness to Tourette Syndrome. Nearly two weeks since the story landed on Golf.com, the McCrary family is still feeling the positive impact of the story.

“It’s gotten a lot of traction on social media,” Collin McCrary said. “We talked to Bill Rice last July. He has been working on this for a long time. I was very interested in Bill doing this story. I know what a great writer he is and I trust him.”

Collin McCrary wanted the story to be more than his son’s golf game. Although Griff is one of the state’s top golfers, Collin’s main wish was for the story to be about his sons daily struggle with Tourette’s.

“I told Bill, number one I would like to read it,” Collin said. “We wanted it to be as accurate as possible. Number two, I wanted this story not to be just about Griff’s golf. We wanted to educate people because so many don’t understand why he can’t substitute a good word for a bad word. It all relates back to urges.”

Those are urges were something that Collin didn’t understand in the early going. But with education Collin understood what his son and others like Griff are going through.

Since the article was published, not only have a lot of people read the article, the family is receiving a lot of positive feedback.

“Bill did a good job at educating readers if they took the time to read the lengthy article,” McCrary said. “Since last Wednesday we have had a lot of feedback from people who said they never realized what Griff was going through.”

After Rice finished the article, the McCrary family read the article to Griff to get his feedback. After being hesitant initially, Griff ultimately believed it was the right thing to do.

“We read it to him and went over it with him,” McCrary said. “We really wanted his consent. We told the good, the bad and the ugly. He was kind of concerned about some of the ugly in there. We explained that this article is to help other kids like you. He took the approach of ‘if that’s the case, I’m ok with it.’”

Griff’s senior season at Charles Henderson was anything but normal. In-school classes were cancelled along with his golf season and he is isn’t able to meet with his youth group. Griff also wasn’t able to play golf with his Trojan teammates. All these cancelations made it more difficult for Griff to manage things.

Griff has played in some junior golf tournaments and he has been able to meet some new people in the golfing community. He was awarded the Sam Jones Memorial Scholarship.

“It started to open his eyes to how fortunate he is,” McCrary said. “All this came at a needy time for him. It’s helped him get some confidence back.”

McCrary recently received a scholarship to play golf at Wallace State-Hanceville. The plan is for Collin and Griff to make the trip to the campus a few times this summer in order for Griff to get more comfortable.

“We already secured an apartment for him ahead of time,” McCrary said. “Golf practice and school starts in August. We are going to go back and forth several times. I’m going to take a week off in mid-June and he is going to play some of the courses and get familiar with his surroundings.”

A Troy businessman has been charged with rape and sexual assault in Coffee County. Marlon Hamm, 52, of Troy, was... read more