Eagles ready for 3A 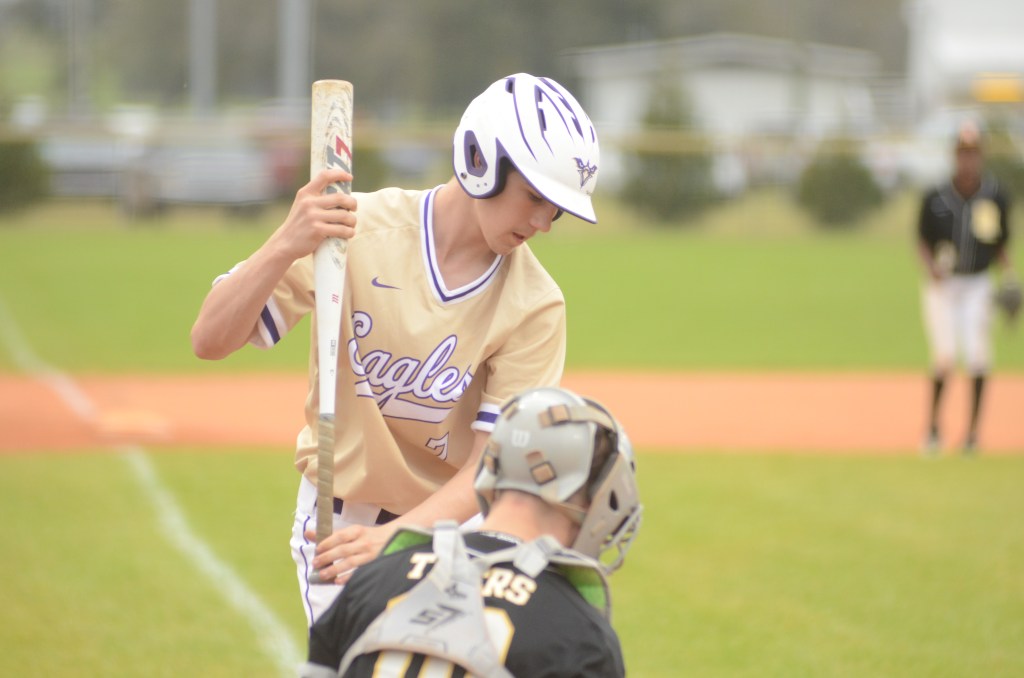 Messenger Photo/Mike Hensley A goshen batter looks at a pitch against Red Level last season. The Eagles found out late last week that they will be moving up to Class 3A beginning next season.

Goshen head baseball coach Robby Kinsaul and the rest of the Eagles will make the jump from Class 2A to 3A beginning next spring.

After spending years in Class 2A, the baseball team will join the other Goshen programs in a higher level in 2020. After playing in what coach Kinsaul believed to be one of the tougher regions in the state last year, the Eagles feel like they are ready for the jump.

“We were already in one of the tougher regions with Luverne, New Brockton and Zion Chapel,” Kinsaul said. “We understand what we are dealing with and we accept that challenge.”

The Eagles will join a region with some very familiar opponents including New Brockton and cross-county rival Pike County.

“New Brockton has two really good pitchers,” Kinsaul said. “Opp is a perennial baseball power. What coach Holland has accomplished at Pike County, he did a really good job with that group.”

Although his players are familiar with Pike County, Kinsaul believes they will be a different team this time next season.

The Eagles players haven’t seen much of Opp over the years, but Kinsaul believes they will get a good understanding of how good Opp is when they meet on the field.

Kinsaul hasn’t had an opportunity to see his players since the news broke. Whether his players like it or not, Kinsaul believes his team is going to have to be ready for the challenge.

“I think once we get back into school and workouts we’ll get a better idea of what the kids’ ideas are,” Kinsaul said. “There isn’t anything you can do about it. You have to roll with it.”