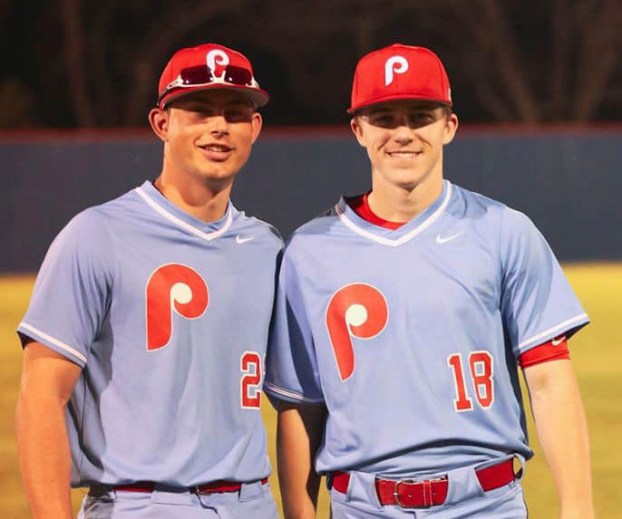 Even though they won’t be competing for a state title on the field in 2020, the Pike Liberal Arts Patriots are in the running for another kind of championship.

The Patriots were selected to Prep Baseball Report’s Alabama High School Uniform Showdown. The Patriots were among 64 teams that were entered into the tournament. After advancing to the quarterfinals they knocked of Sipsey Valley earlier this week to advance to the semifinals where they will matchup up with Cullman.

“This was something that PBR put together,” Patriots head coach Allen Ponder said. “It was a way to keep teams involved in baseball. It’s been fun for players and our community to vote for us. We made it to the final four and if you can get to the final four you might as well try and win it.”

“I had someone approach me before the year started,” Ponder said. “Ole Miss, and you have some other schools that emplemented the baby blues even though it might not be one of their colors. I have been a huge fan of the old Phillies and when they presented me with the idea of having throwback jersey’s I thought this was the perfect time to do it. The kids have loved them and everyone that has seen them has loved it.”

Not only do the players like the new uniforms, they had plenty of success while wearing them.

“We really love our new baby blue uniforms,” Drew Nelson said. “We’ve always thought about having the throwback Phillies look, and this year we made it happen. We wore them every (tournament) championship game at the beginning of the season. All of our uniforms look great and we can’t wait to get back on the field next year and wear them all again.”

Ponder has no plans to take them out of the uniform rotation next season.

Fans can vote on Twitter by visiting @PBR_Alabama. Semifinal voting ends on Saturday.

Pike Liberal Arts Patriots kicker Scott Taylor Renfroe was surprised to find out he was ranked among the nations best... read more