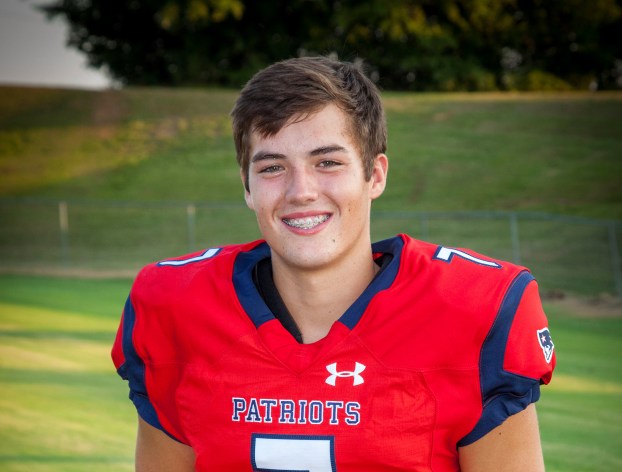 Pike Liberal Arts Patriots kicker Scott Taylor Renfroe was surprised to find out he was ranked among the nations best in the class of 2021.

College Football Today ranked Renfroe the eighth best kicker and the 13th best overall combo specialist in the class of 2021.

“It amazed me,” Renfroe said. “Praise God for this experience. I thank my family for everything they have done and all my coaches for getting me to where I need to be.”

Renfroe has been mentioned among the best kickers in the state of Alabama over the last couple of seasons, but the fact that he was ranked among the best in the country came as surprise to the kicker.

“I was hanging out with a couple friends and I got a text from my mom,” Renfroe said. “I had no clue until I opened up the link and I saw my name.”

Renfroe believes getting seen goes a long way towards earning a spot on a college roster. He has been busy honing his craft by going to camps.

“These camps definitely help you get good film because you’re competing against good kickers and punters,” Renfroe said. “You are competing with all them and getting a video of all that. The people that are running the camp all have connections with college coaches. It’s a good and fun experience for sure.”

While at camps, Renfroe has competed with many of the kickers that join him on College Football Today’s list of the top kickers in the nation.

“Just about all of them,” Renfroe said. “I have been to many camps with them.”

Renfroe still has a year left with the Patriots. He hopes to continue to improve all facets of his game.

“Coach Mario White has been sending kicking workouts,” Renfroe said. “I want to improve everything. I want to perfect my craft and be the best that I can be.”

Understanding how, when to use COVID-19 tests is crucial

Nearly all plans for reopening the nation and the state depend extensively on COVID-19 testing, so understanding those tests and... read more