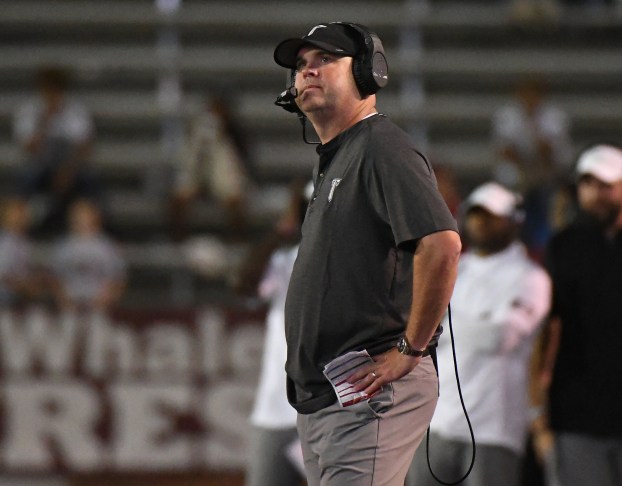 The Troy Trojans held just five of their scheduled 15 practices this spring. In that shortened time head coach Chip Lindsey saw plenty to be excited about for the upcoming season.

The Trojans entered camp with all of their skill guys returning offensively, while the defensive guys welcomed a in a new group of players.

“I’m really excited about this team,” Lindsey said during a virtual press conference on Thursday afternoon. “We made some strides on the defensive side from recruiting and offensively we didn’t lose any skill guys. We are excited about the season.”

The Trojans said goodbye to former quarterback Kaleb Barker after last season. After entering the spring with a battle for the new starting quarterback, Lindsey believes he has found his top three candidates in Gunnar Watson, Jacob Free and Parker McNeil.

“I think after five practices we are ready to thin the reps out with those three guys,” Lindsey said. “It’s fun when you have a competition because you see who is motived to do the extra things. All three are working their tails off to get better and improve the best they can.”

The running back took a big hit last season when they lost 1,000-yard rusher B.J. Smith in the second game of the season. At times, the back field featured just two guys. As they enter the 2020 season, Lindsey believes the running back position could be a big weapon for his offense.

“Getting Smith back is huge,” Lindsey said. “We have the addition of Charles Strong who was sitting out after playing at Texas A&M. We have DK (Billingsley) who came in and played great for us and we have a freshman coming in named Kimani Vidal, a freshman from Marietta High School.

B.J. Smith missed the final 10 games of the season after getting injured against Southern Mississippi. Lindsey believes the senior running back won’t have many restrictions when he gets back on the field.

“He is one of the best players on our team so he is going to get plenty of work for sure,” Lindsey said. “I don’t see him being limited.”

Troy had to address an offensive line that said goodbye to three starters from last season.

“That’s exciting,” Lindsey said. “They (defensive backs) aren’t all freshman. We signed junior college guys and we have a guy that was ineligible back. We added Richard Jibunor from Auburn and Jayden McDonald, who we added from Iowa. On the defensive line, we added Shakel Brown and I think he is going to have a big impact. We feel pretty good where we are going to be next year.”

The Trojans are still hoping to practice this summer and prepare for the 2020 season opener against Arkansas Pine Bluff on Saturday, September 5.

Pike County saw a slight increase in COVID-19 cases on Friday as the state neared 7,300 confirmed cases. As of... read more