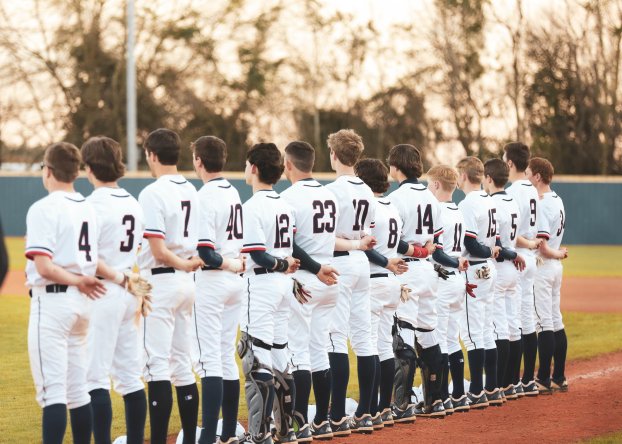 Ponder and Patriots adjusting to life without baseball

Pike Liberal Arts head baseball coach Allen Ponder and the rest of the Patriots are still trying to find a rhythm away from the game, while at the same time wondering what could have been in 2020.

The Patriots last played a game on Saturday, March 14 when they knocked off Macon-East 7-6. The win gave the Patriots a 14-1 record on the season. Shortly after, COVID-19 brought the state to a sudden stop.

“Life of a coach right now is kind of tough,” Ponder said. “It’s mainly just maintaining the field, sitting around and waiting for good news. It’s tough for the players. They want to know things and they ask us questions that we can’t answer. All we can do about it is pray and hopes it gets better.”

Ponder is waiting for the return to baseball. Days that were once filled with baseball practices or games are now left empty.

“I’m bored,” Ponder said. “It’s just different. You get into an every day routine. You look forward to spring break and you look forward to holidays and now it’s like everyday is a holiday. You don’t have the same routine that you’re used to and it’s very tough. It’s something you have to get used to mentally and physically. It’s an adjustment that I hope we never have to make again.”

Players and coaches went from seeing each other multiple hours per day during the season. Since the pandemic, Ponder and the coaching staff has made an attempt to keep up communication with the players as much as possible.

“You get used to seeing a group of kids every single day,” Ponder said. “We probably see each other during baseball season probably as much as they see their own family. To go from that to absolutely nothing is (tough). You try to keep contact because deep down you kind of hope that we can continue this thing. Once you become so close to a group of kids, you try to stay in contact as much as possible.”

There is hope that baseball will return in some form during the summer. Ponder is encouraging his players to be ready to go so they can participate in the summer.

“The majority of them, if not all of them play summer baseball,” Ponder said. “They understand the importance of staying in shape. The luxury we have is that each one of our kids has a desire to play college baseball. You never know what moment you’re going to be seen. We instill in them the importance of staying in shape because you never know when the moment is going to come.”

The Patriots entered the season as back-to-back AISA Class 3A State Champions. With so much down time, Ponder and the Patriots are left to think about what could have been in 2020.

“It’s impossible not to,” Ponder said. “I feel like I have the best coaching staff in the state of Alabama. Coming of back-to-back state championships, and you have been the in the championship three years in a row, you have your program where you want it to be. We were off to a 14-1 start and we felt like our best baseball was ahead of us. I think this team was good and it had a chance to be great.”

Gov. Kay Ivey’s “Safer at Home Order” on Tuesday loosened the reins somewhat on retail businesses and that is good... read more