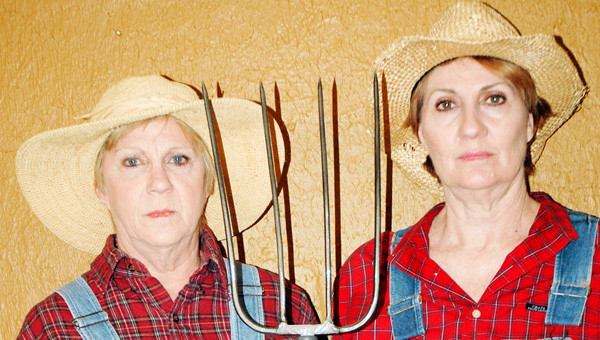 On closing: ‘There was no reason to lose money’, owner says

On March 18, 2020, Pat Rogers and Geraldine Golden celebrated their 23rd anniversary as owners of the popular Southern buffet restaurant, “Sisters”  and then, sadly, posted a “Closed Until Further Notice” sign on the door.

“We had looked forward to our anniversary celebration but it was not what we had planned,” Geraldine said. “We didn’t want to close but there was no reason to lose money and that’s what was happening.”

The nation was in the throes of a virus that would close more doors than the sisters could ever imagine.

“But even then, we thought it would be just a few weeks and then we would be open again,” Pat said in a choking voice. “I still get emotional. We don’t know the future of Sisters, of anything really.”

The sisters have been familiar faces in the restaurant business in Pike County for about 40 years. They started working as waitresses at The Country Kitchen in Troy when they were in their early 20s. Several members of their family joined them and, for a “good long time,” the Golden girls and their kin were the main waitresses at “the kitchen.”

Then came the opportunity for the sisters to purchase the former “motel” on busy Highway 231 south of Troy. Pat was all for it but Geraldine had some reservations. “She thinks too much,” Pat said, laughing.

But with a little insistence and a little arm twisting, the sisters became “Sisters” and they have never looked back.  Sisters quickly became a popular feeding place and the customers quickly became family.  For 23 years, the family-owned restaurant has been a hub of the community. Even a few ministers are said to cut their sermons short so their congregations can get to Sisters before the other churches get out.

So, the decision to close the doors due to COVID-19 was not an easy one, but a necessary one.

“We are in the kitchen every morning from 7 until 11 before we make a dime, cutting up cabbage, washing lettuce and everything else that goes into a fresh, big buffet,” Pat said. “At the first real concern about the virus, we tried passing out gloves and skipping every other table but that didn’t work. Then, when we stopped the buffet, customers stopped coming.

“We went from a booming business with 22 employees to nothing. All of a sudden, nothing. Who would have ever thought anything like this would happen?”

And the sisters, like everyone else, wonder what the future holds. They have thought about taking pickup orders for casseroles and chicken dressing or maybe seafood of some kind. But, in a thought, they dismissed those ideas.

Pat said Geraldine makes the world’s best homemade chili and, with a quality “weenie” you’d have to beat folks away with a stick.

“Customers could drive up and be served like it used to be at the Red Wave,”  Pat said. “One time, I took Mama to the doctor and on the way home we stopped and got hotdogs. We made the biggest mess. We had chili and mustard all over us and the car. We laughed until we cried. That’s the fun kind of hotdog you would get at Sisters.”

But Geraldine said, “Count me out!” And so did the other members of the Golden girls’ family. But Pat is certain that Sisters’ footlong chili dogs would  bring customers back, even at a social distance.

Right now, neither of the sisters can see a silver lining to the coronavirus clouds.

“We’ve missed our employees and our customers — our friends,” Geraldine said. “Right now, it’s Pat and me all alone in the world.”

But the sisters believe that, on the other side of this, there is a silver lining and Sisters will come back and be as good and strong as it ever was.

Then, in two years, the dark clouds will have disappeared and Sisters Restaurant will host its 25th anniversary celebration and it will be a “humdinger with footlong chili dogs to boot!

Remind Joe Boutwell that the difference between a man and a boy is the price of his toys, and he’ll... read more