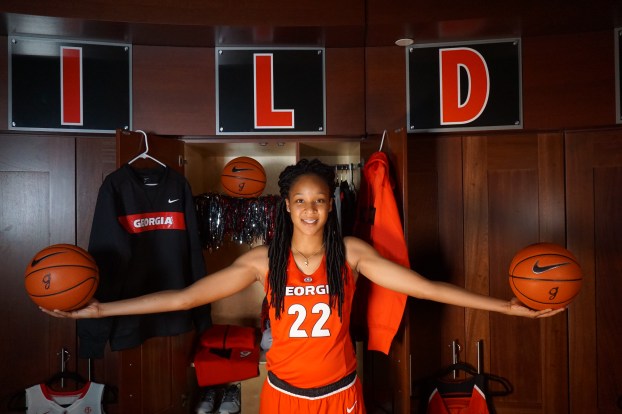 Davenport heading to the University of Georgia

After spending her freshman season in New Jersey with at Rutgers University, Davenport announced via Twitter that she was heading to the SEC to attend Georgia.

As a transfer, Davenport will have to sit out next season.

Georgia was on Davenport’s shortlist before she ultimately signed with the Scarlet Knights. After playing in 29 games with Rutgers as a freshman, Davenport is making the trip to Athens to be a Bulldog.

Davenport’s first and only season at Rutgers was cut short because of the coronavirus. Davenport and the Scarlet Knights finished the season 22-9. Davenport averaged almost 10 minutes per game. During that time, Davenport learned a valuable lesson.

“I have always believed in this, but I learned to make every minute count,” Davenport said. “You never know when you’re going to be taken out of a game. You need to be ready whenever you get into a game.”

Davenport will always cherish her time in New Jersey, but she is looking forward to the next chapter.

“I’m going to remember the connections I made with the team,” Davenport said. “I like Georgia’s style of play. I like the coaching staff and I like it’s just a few hours away from home.”

She will be joining the South Eastern Conference, a conference that has had no shortage of success in women’s college basketball.

“I never really thought about it,” Davenport said. “I know the SEC was one of the best, so I’m excited.”

Davenport averaged 13.8 points per game as a senior at Charles Henderson to go along with 10 rebounds and nearly four blocked shots. She led the Trojans to the state championship as a junior and she was a two-time Class 5A First Team All-State selection.

“I wish her the best,” Jones said. “I know she will fit in well at the University of Georgia.”

In 2018, Davenport represented the United States in the FIBA American U18 Championship in Mexico City.

Davenport will join the Bulldogs after they finished the 2019-2020 season 17-14 overall and 7-9 in conference play. Georgia is coached by Joni Taylor.

Troy Parks and Recreation hoping to get on the field

Troy Parks and Recreation is not giving up on the 2020 baseball and softball season. The COVID-19 coronavirus has either... read more