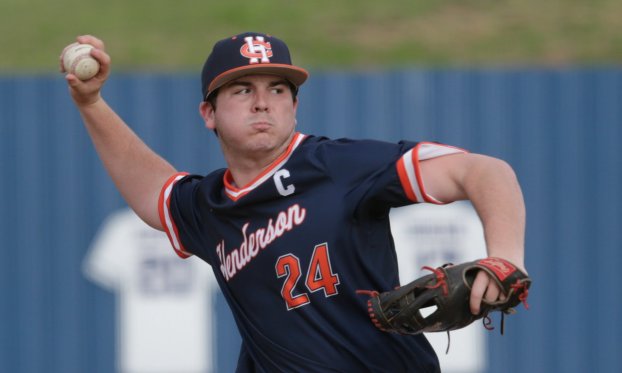 Caden Bryan has seen a lot in his time with the Charles Henderson Trojans. He saw coaching changes, winning streaks and playoff berths. His career came to a sudden conclusion in 2020 when the baseball season was shut down.

“At first, we didn’t know if it was true,” Bryan said. “We heard rumors, but when we found out it was true it was really shocking. It came out of nowhere.”

Bryan and the Trojans were at home hosting area foe Rehobeth when they got the news that that their season was in jeopardy.

“We went to Rehobeth to play in a single game that Thursday,” Bryan said. “Right before the double header that Friday, we found out. It wasn’t official, but we heard it from the school.”

The Trojans lost their area series with the Rebels two games to 3, but they won what would be their final game of the season, 3-2.

One day Bryan was attending school with his teammates and friends and the next he was taking classes at home.

“It’s unreal and there are no words for it,” Bryan said. “I wish we could go to school every day and see our friends. It’s a different time.”

During Bryan’s four years at Charles Henderson, he has played for three different head coaches. He enjoyed playoff berths, but the thing he will remember most is the experience of playing high school baseball.

“I’ve seen a few coaches,” Bryan said. “We had some good seasons and we had some down seasons. I’m probably going to remember the teams I have been on and a part of. It’s been a good experience and I wouldn’t trade it for anything.”

Bryan played all over the outfield with the Trojans. During his senior year Bryan jumped on the pitcher’s mound and logged innings for the Trojans.

Playing for a Trojan team with a history of winning was an added bonus for Bryan.

“It’s a lot of fun,” Bryan said. “There were games when you had an extra target on your back because you have Charles Henderson on your jersey.”

Bryan learned to love the game of baseball by playing on the rec fields at the Troy Sportsplex.

“It’s fun and very competitive,” Bryan said. “I have been on some championship teams for the city. It’s just fun.”

Bryan doesn’t plan on playing baseball at the next level. He is looking to attend the University of Mississippi where he hopes to study chemical engineering.

Sports all over the country are being shut down as a result of COVID-19, but there is still one sport... read more