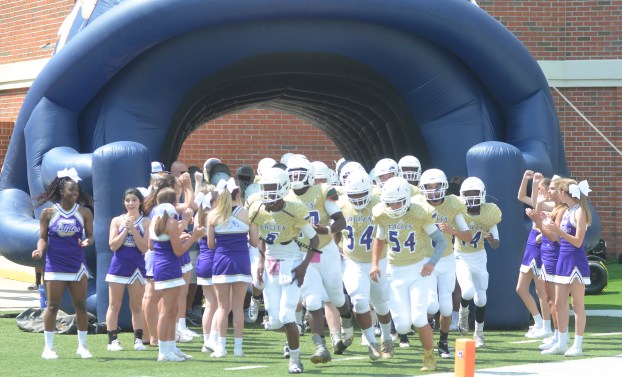 Charles Henderson head football coach Brad McCoy spent part of last Thursday cutting the grass of the Trojan practice field knowing all too well it will be weeks or months before any player steps onto its surface.

There won’t be any spring practice throughout the state due to COVID-19, but coach McCoy is keeping a sense of normalcy by keeping his field ready to go.

By this time of year in years past, players and coaches were counting down the weeks and days before they could get on the field during the spring and gain a positive momentum heading into the summer program. Now, they are patiently waiting for the day they can begin to officially countdown to football season.

“Anytime you’re missing time on the field, it’s always a loss,” Goshen head coach Bart Snyder said. “The number one thing is we want is the safety of our kids and the safety of our community. That’s first and foremost.”

In recent years, coaches worked with players for a few weeks on the field culminating with a spring game. Now coaches are forced to get creative with how they interact with their players.

“We aren’t going to have face-to-face contact with our players until further notice,” McCoy said. “We have been uploading workouts each and every day. We started that last week and it is something we would have been doing. We are trying to put together some video components and have some video playbooks. Let the players go through an install process. Try to make things as normal as possible.”

New Pike Liberal Arts head coach Mario White arrived on campus a month prior to learning the news of the effects of COVID-19.

“It’s been tough,” White said. “I love sports, but I feel like this is God’s way of slowing everybody down. I had to check myself because God brought be down for a reason and now he takes sports away and I lost my cool about that. I think this is a time for parents to take back their kids and put God first. This is a new era, and coaches and players will adapt.”

White came to Pike after spending time as a strength and conditioning coach at the University of Alabama. Now with not being able to get on the field this spring, White will impress the importance of staying in shape with his players.

“We had a plan in place,” White said. “We had three good weeks of working and getting used to what we do as a program. That is what we are missing the most. Once you get on the field, a slant is a slant, a go is a go and a post is a post. Time in the weight room and getting our bodies right is the most important thing.”

Even though they won’t be together, White is still finding ways to communicate with his players.

“We send out a plan every day,” White said. “Guys have to text me back or send a video of them doing the plan. I talked with the coaches every single day. We discussed how to practice in a short amount of time when we get back. We will have a lot of information.”

McCoy thinks the newcomers and younger players will feel the biggest blow this spring by not getting on the field. He hopes that once the threat has subsided, the AHSAA will allow more practice time come the fall.

“A few of us have talked about how nice it would be if they would extend the fall camp period by a week or so,” McCoy said. “If you were to give us four to five weeks we will have a group ready to go.”

Charles Henderson was set to host their annual Spring Classic later this spring, but just like everything else they were forced to cancel the event.

“It’s a double-edged sword because that was our biggest fundraiser for our program,” McCoy said. “We are going to be playing from behind from that standpoint. But, kids got excited about the Spring Classic. Our team was supposed to play against Clarke County and we had a really good slate of games.”

Goshen was also schedule to play in this year’s Spring Classic against Dale County.

McCoy hopes to carry over this year’s schedule to next spring.

The world abounds with stories. “Just tell the stories.” That’s according to Wally Lowery, local folk artist, During this time... read more