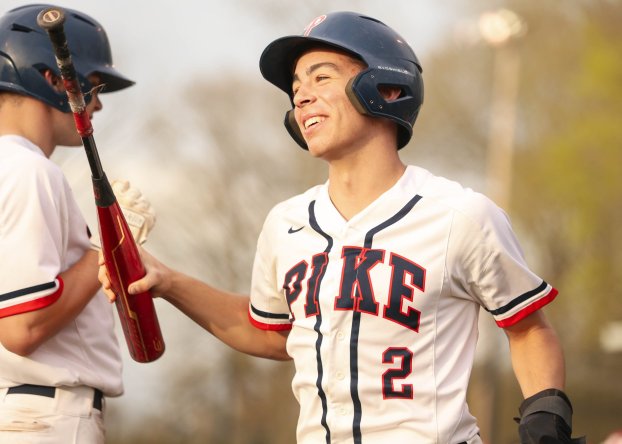 photo/Candace NElson PLAS sophomore pitcher Drew Nelson was one of two Patriot players to be named All-American on Wednesday. Despite missing parts of the last two seasons, Nelson continues to work so he can accomplish his goals.

Drew Nelson’s place on the Rawlings, Perfect Game All-American Team is a small consolation to prize to what has been a shortened sophomore season.

Nelson was one of two Patriots to be named to the All-American team, joining teammate Mayes White.

“I’m extremely thankful for the selection,” Nelson said. “There are so many players in the southeast that have so much talent. I’m just so thankful for it.”

Nelson spent the 2020 season as a pitcher, while also playing in the outfield.

Nelson played in all 15 games for the Patriots in 2020. The Patriots had just wrapped up a tournament championship in Macon-East when the announcement came that all spring sports was going to be put on hold.

“Losing our season is definitely disappointing, especially for our seniors,” Nelson said. “We practiced so hard and put in a lot of work. This was supposed to be our year again. This puts things into perspective.”

On the mound, Nelson went into the stoppage with a 1-0 record and a 1.86 ERA in his four appearances on the mound. He had 22 strikeouts in 15 innings pitched.

Nelson had 57 plate appearances before the stoppage. He batted .319 with seven RBI and 10 runs scored. He finished with four extra base hits.

“I felt like I was pretty good most of the time,” Nelson said. “I feel like I could have more consistent, but there is always room for improvement. I’m working every day to get better and better.”

This marks the second straight-season that Nelson’s season came to an abrupt end. He was forced to miss the Patriots’ run towards a state championship last season because of an injury.

“It’s tough,” Nelson said. “I was cut short again this year and it hurts. You just have to keep working and preparing for next season. We will put a full season together and it will all pay off.”

After recovering from his injury last season Nelson was able to play competitive baseball throughout the summer with a travel ball team.

“I was able to play with Five Star National,” Nelson said. “It’s a great organization. We traveled around Florida and Georgia and played in some big tournaments. It’s fun and the competition level is really high. Playing against the best of the best, it’s fun to see where you stand.”

While not playing in games, Nelson is on some mound or in some batter’s box continuing to work. Even with games no longer being played, Nelson continues to work for his next opportunity.

“The grind doesn’t stop. You have to work,” Nelson said. “I thank my dad for putting in the time that he does. He has helped me with whatever I have wanted to do. It’s an everyday thing and I love going out there and working on whatever I can. Hopefully it will pay off for me one day.”

“Working out and hitting every day,” Nelson said. “I’m on a good throwing program and hopefully it  will keep my arm in shape and come back even stronger.”

It’s no surprise that Nelson aspires to not only play baseball at the highest level of collegiate baseball, but to also make it professionally. Although he likes to hit and play the field, his main goal is to make it as a pitcher.

“I see pitching as my first love,” Nelson said. “I love pitching. Being on the mound is really fun.”

While not on the baseball field, Nelson plays quarterback for the Patriots football team in the fall. Although the two are different, Nelson uses the same leadership and work ethic in both sports.

“You really have to prepare every week,” Nelson said. “There are no off days. You have to be a leader and that means you put the team first. You really do that in every sport.”

Nelson still has two more years until he makes that transition to collegiate baseball, but he is already drawing some interest.

The Alabama Department of Public Health confirmed a seventh case of COVID-19 in Pike County. The case was reported by... read more