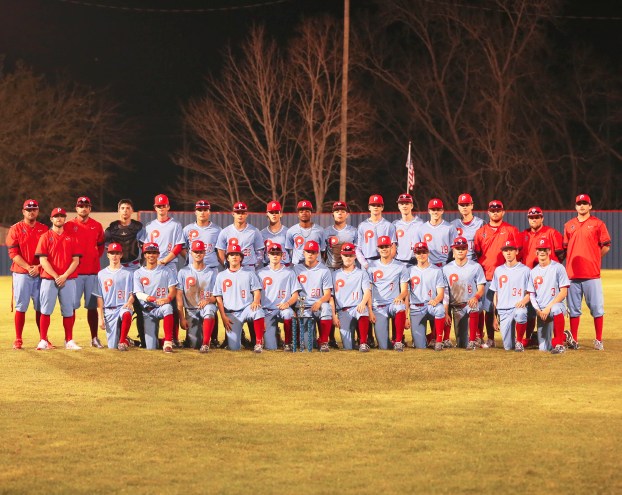 The Pike Liberal Arts Patriots took home their third tournament championship of the season on Saturday when they knocked off host Macon East 7-6 in what could be their final game for the foreseeable future.

Prior to Friday’s action, the Alabama Independent School Association announced that all sporting events were going to be suspended beginning on Sunday. The Patriots ride into the break with a 14-1 record and another tournament championship under their belt.

“We were going to a tournament one day and the next we hear that the following day is going to be the last day we are playing baseball,” head coach Allen Ponder said. “It was tough getting those guys in a group and tell them that it might be over. If that was the last time we are going to touch the field then we wanted to make sure we left it the right way. I believe we did that. Our kids went out there and played as hard as they could.”

The Patriots went into the bottom of the sixth inning leading by one run on Saturday. A Levi Sikes RBI single gave the Patriots a needed insurance run heading into the seventh with Pike leading 7-5.

JD Wilson got the start and pitched five innings. Wilson let up five runs, but only one of them were earned. Press Jefcoat  pitched the final two innings for the patriots.

One inning later, Austin Spivey hit a sacrifice fly and Davis Allen had an RBI groundout to give the Patriots a 5-1 lead. The Patriots added one more run in the fourth on a Mayes White single.

The Knights got to within one run when they scored four runs in the top of the fifth inning.

Nelson finished the game 3-4 with two RBI and a run scored. Allen finished 2-4 with one RBI and two runs scored. Jayden Jordan picked up two hits, while also scoring a run.

News of suspended season sinking in for local coaches