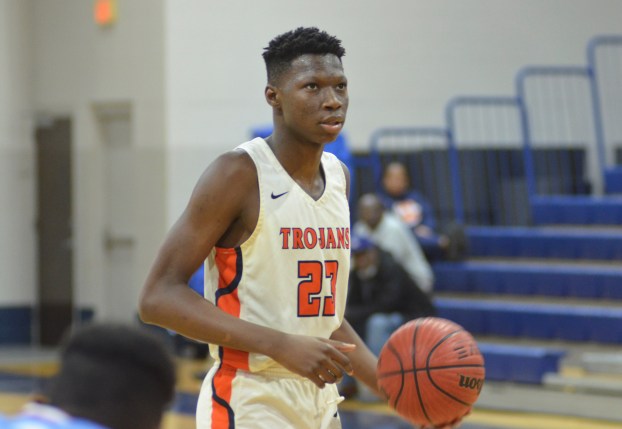 Trojans close out regular season with win over Dale County

The Charles Henderson Trojans put the finishing touches on the regular season on Friday night with a 57-34 win over Dale County in Troy.

The win for the Trojans brings their record on the season to 17-11.

The Trojans found themselves behind only briefly on Friday night. Trailing 10-3, Branson called a timeout. After battling back to tie the game and take the lead, the Trojans never trailed again.

“The first timeout was about us,” Branson said. “I didn’t think our energy was very good. I called a timeout to point out to the guys that our expectations weren’t being met. They picked it up and responded very well.”

Akieves Shorts hit a three to begin the second quarter and the Trojans earned their first lead of the game.

The Trojans outscored the Warriors 15-7 in the second quarter and went into halftime holding a 25-19 lead.

The Trojans outscored the Warriors 32-15 in the second half, securing the 23-point win.

Shorts finished the game with 15 points, while Keith Wheeler and Tay Knox each finished with nine.

The Trojans will now have three days to prepare for their first-round area matchup with Carroll. The Trojans plan on practicing on two of those days.

“We are going to try and make sure we have our legs underneath us,” Branson said. “We’ll see what we can do from there.”

Pike Liberal Arts Senior Nick O’Brien is taking his basketball talents to the next level. Earlier this week, the senior... read more