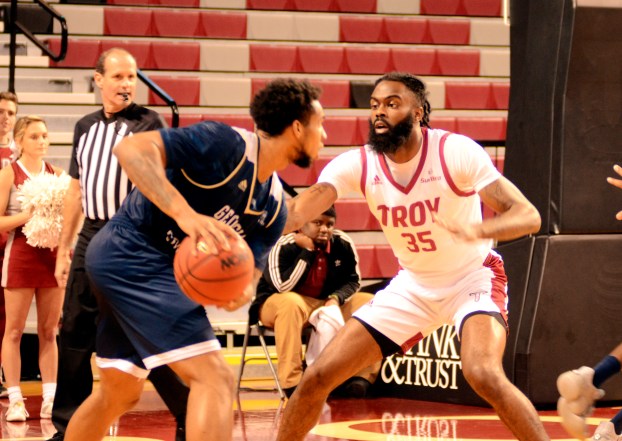 The Trojans couldn’t keep up with the hot shooting Eagles in an 82-66 loss.

The loss for the Trojans gives them their second consecutive loss and are now 4-8 overall and 3-5 in Sun Belt Conference play.

The Eagles led by as many as 13 points in the half. The Trojans were able to dwindle their deficit down to eight points at halftime at 43-35.

The Trojans were able to keep their deficit within 13 points, until Georgia Southern’s Quan Jackson nailed a 3-pointer to give the Eagles a 68-52 lead with 9:21 remaining in the second half.

The Eagles stretched their lead to as many as 18 points with just under 2:00 remaining in the game.

The Trojans finished with two players in double figures led by Nick Stampley who finished with 17 points. Desmond Williams had 12 points. He made four of his 10 3-point attempts. Ty Gordon finished with five points.

The Eales finished the game shooting 54 percent compared to 47 percent for the Trojans. The Eagles shot 40 percent from behind the arc and outscored the Trojans in the paint 44-40.

The Trojans will be back in action on Saturday when they host Georgia State at Trojan Arena. Tip-off is scheduled for 2 p.m.

The Troy Trojans continue to hover around the .500 mark in the Sun Belt Conference. After falling to Arkansas State... read more