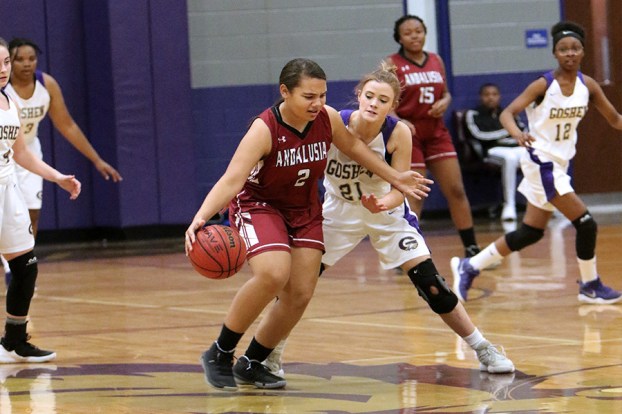 The Lady Eagles are still in search of their first win of the season. Despite the winless start, The Eagles are more determined than ever.

The Eagles have plenty of new faces, but all of them are excited to get back to playing basketball.

“We are excited about it,” said head coach Bart Snyder. “The girls are always working hard. Coach YZ is doing a great job with them, getting them to where they need to be.”

Area play is right around the corner for the Eagles and the excitement level continues to grow with each passing day.

“It’s what you play for and it’s what you practice for,” Snyder said. We’ll play Highland Home on the fourth and then we’ll start that week with area play and getting ready to make the run at the tournament.”

Not only is the excitement level there for the Eagles players, the confidence level continues to remain high.

“Those girls work very hard,” Snyder said. “They are young and they are gaining experience every day. We have been off for a little while now, but we know we’ll be back in another week and we know we have to be ready to play.”

YZ Rogers and Snyder took over the program after the position became open after Fred Lowery left after last season.

“They know what’s expected out of them,” Snyder said. “They just keep getting better.”

The Eagles will return to take on Highland Home on the road before opening up area play against Samson on January 10.

Lady Patriots establishing their identity heading into the break

The Pike Liberal Arts Lady Patriots entered the Christmas break with a winning record. They hope to carry over that... read more