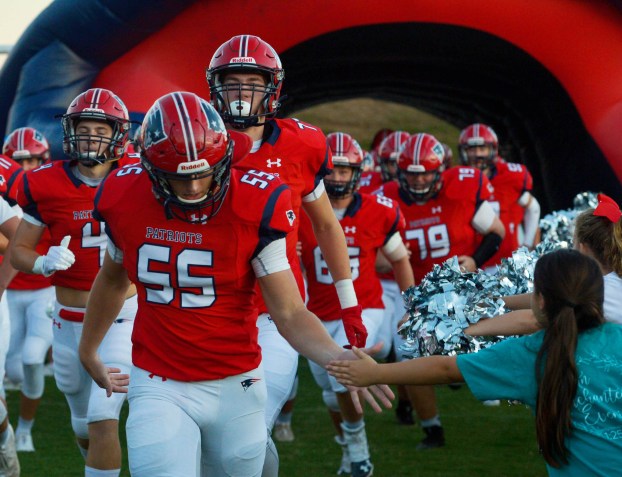 The Pike Liberal Arts Patriots hopes to put a positive spin on their season when they take on the Lakeside Academy Chiefs on Friday night in Troy.

The Patriots have had many ups and downs this season. They come into this week’s game 3-7 overall. Two of their three wins came in non-region play. They hope to make it four on Friday night.

“I hate to see it end,” Patriots head coach Gene Allen said. “I feel like we have gotten better as the year as gone on. We have had to play a lot of young kids, but they have made a lot of improvements. I hope we can come out tomorrow night and keep getting better, send out our seniors on a positive note.”

The Patriots will celebrate senior night on Friday. They will honor a total of 22 students that participate in football, cheerleading and band.”

“It’s great,” Allen said. “It’s a great group of kids. This will be the first year that we have the band in it.”

On the football field, Allen and the Patriots would like to head into the offseason with another win under their belt.

“It’s always good to win,” Allen said. “I think it would give the young guys a lot of confidence. We will hit the weight room for our offseason stuff next week, get into a routine where we can get bigger, stronger and faster. I’m hoping some of these injured guys that we can get healthy. The offseason program is going to be big for everybody.”

The Chiefs, by virtue of a four-team region, automatically secured a spot in next week’s postseason. They come into the season finale with a 1-7 record. Their lone win came in late September against Abbeville Christian.

“They’re an athletic team,” Allen said. “They have run up on some hard times too. They have lost a lot of games. They’re a lot like we are. They will spread the ball out. They have a multiple defense that could give you a challenge.”

Whitton heading back to Enterprise