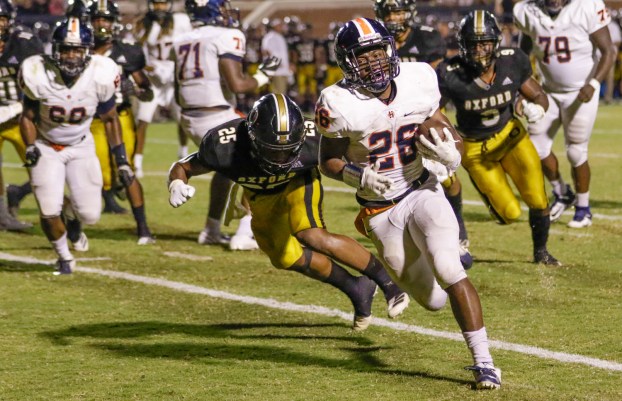 CHHS looks to start winning streak at home against Tallassee

The Trojans have traded wins for losses all season long. They hope to make it two wins in a row on Friday night. They come into the game with a 3-3 overall record and are 3-1 in region play, good enough for second place. If the standings remain the same, the Trojans will play for a region championship next Friday at Valley.

“We are in the hunt for the region title,” said McCoy to Dan Smith last Friday night. “There’s a little bit of difference in that, and that is what we are reminding our guys of every day. It’s going to take two big wins against Tallassee and Valley to make that happen, but it is certainly a vision and a goal of ours. We’ve got to clean up the mistakes and move on to face Tallassee.”

This week they take on a Tallassee team that is 2-2 in the region and 3-3 overall.

The Trojans bounced back from their loss to Greenville on homecoming with a 28-18 win on the road against Carroll last week.

“One of our goals was to start the game faster, and we certainly did that,” said McCoy on Friday night. “We were able to put 21 points up and the defense was able to add a late score in the first half. I was disappointed we did not get points in the second half, but the defense played well enough to secure the win. That’s all that matters. This is the second time we have gone on the road, first at Beauregard and now Ozark, and came away with a region win. It’s always something to be proud of.”

The Tigers of Tallassee are coming off a 21-6 win over Rehobeth last week. They are averaging 13 points per game this season, but they are holding their opponents to under 20 points per game.

The Trojans got the better of the Tigers in Tallassee last season, beating them 34-28.

HOMECOMING: Bulldogs look to lock down region title at home

The Pike County Bulldogs celebrate homecoming on Friday night when they host Opp at Bulldogs Stadium in Brundidge. The Bulldogs... read more