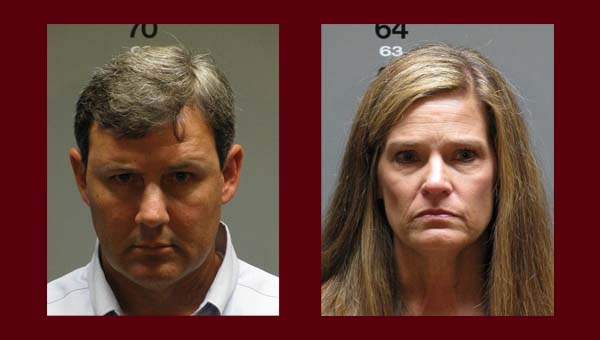 A Decatur couple was arrested Wednesday in connection with the July 4 boating crash that killed Kelsey Starling of Troy.

Jodi and Nick Suggs, both 50, were indicted Tuesday by a Winston County grand jury on charges of criminally negligent homicide. They turned themselves in to authorities on Wednesday.

Alton Starling, father of 26-year-old Kelsey Starling, said in a press release the family was aware of the indictments.

“We understand that an indictment has now been issued in connection with Kelsey’s death; we will not comment on the indictment at this time,” the statement says. “We look forward to receiving information yielded from the investigation that resulted in this indictment.

“The family will have no further comment on this issue at this time, as our efforts remain focused on the recovery of Kelsey’s remains.”

The arrests come during a week of renewed searches for the remains of Starling, who was a graduate of Pike Liberal Arts School and the University of Alabama. She was a speech language pathologist at Tuggle Elementary School.

The crash took place around 10 p.m. July 4 on Smith Lake. Starling was a passenger in a 2012 Mastercraft wakeboard boat driven by 23-year-old William Jackson Fite of Decatur. The second boat involved in the crash was a 2011 Harris Flotebote pontoon boat, reportedly driven by Jodi Wallace Suggs. Four passengers on Fite’s boat were treated for injuries, and Fite was charged with boating under the influence.

The official search for Starling was suspended on July 19, but private efforts have continued. A GoFundMe campaign raised more than $70,000 to support the search efforts, and on Monday Alton Starling announced on social media that “one last big recovery effort begins today.”

“The Houston County Recovery Team, ALEA, Smith Lake Task Force, Winston County EMA, and others have been planning one last big recovery effort that begins today at 2. They are flying in six divers from across the United States and Canada which will accumulate on Smith Lake today. They will be diving this afternoon and this week, weather permitting, 7 a.m. until 7 p.m. through Friday,” he said. “Please pray for the safety of the dive team and supporting personnel. Thanks to everyone that has been working behind the scene to help coordinate this!”

On Wednesday, the Starling family reiterated their appreciation of support from the community and the state. “We appreciate the tireless efforts of law enforcement and search personnel to locate Kelsey. We also very much appreciate the love and support we have received from so many individuals at Smith Lake and throughout our state. We have been especially touched by the blue Kelsey ribbons that have seemingly appeared everywhere in Alabama and states beyond. This has provided our family significant comfort,” the statement says.