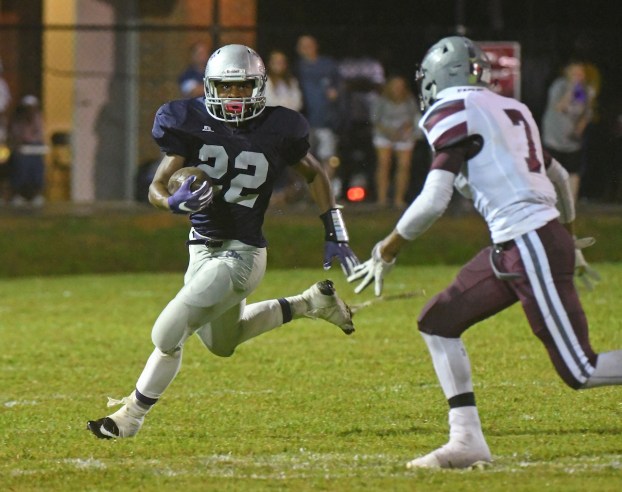 The Pike County Bulldogs entered fall camp with plenty of new faces as they began preparations for what they hope is another long playoff run in 2019.

The Bulldogs had bookending losses during the regular season last year beginning with a 16-0 loss to Alabama Christian. They ended the regular season with a 40-6 loss to Sweet Water, but before that loss they rattled off eight consecutive wins and finished region play with an undefeated record at 7-0.

They picked up playoff wins against Oakman and Thomasville before falling to Flomaton 12-10 in the third round of the state playoffs.

With the jamboree against rival Charles Henderson looming, The Bulldogs entered camp with new faces. Jaidyn Wilson is a key player offensively that graduated and head coach Fred Holland has used the first week to acclimate his new players to Bulldog football.

“It’s a big transition,” Holland said. “We are trying to get some guys ready. We have guys that have never played and we have some guys that are returning. We are coaching and showing them the things that need doing. It’s been kind of slow coaching them.”

Despite key players no longer on the roster, The Bulldogs do have plenty of players coming back including Rayshawn Reynolds, who will play quarterback this season after stepping in for Wilson last season when he was recovering from an injury. Reynolds, along with other key returners Darrick and Derrick Myhand, will be asked to help the newcomers along before the start and during the regular season.

“They guys returning can help the younger guys adjust to some of the things they are doing,” Holland said. “It’s coaching on the field; the players can help them along with the way. They can show them the confidence they need to get stuff done.”

The Bulldogs have always been about succeeding in all three phases of the game, offense, defense and special teams. Even with the younger guys on the team, that has not changed as of yet during camp.

The Bulldogs region opponents this year will conclude Houston Academy, Geneva Slocomb and Opp at home and Wicksburg, Providence Christian and Straughn on the road. They will play non-region games against Alabama Christian and Abbeville on the road and Sweet Water at home.

The Bulldogs will take on cross county rival Charles Henderson in an exhibition game on August 23 in Troy.

Around the beginning of June, Jamall Holmes stepped back from the long, narrow, extended brick wall. The summer sun was... read more