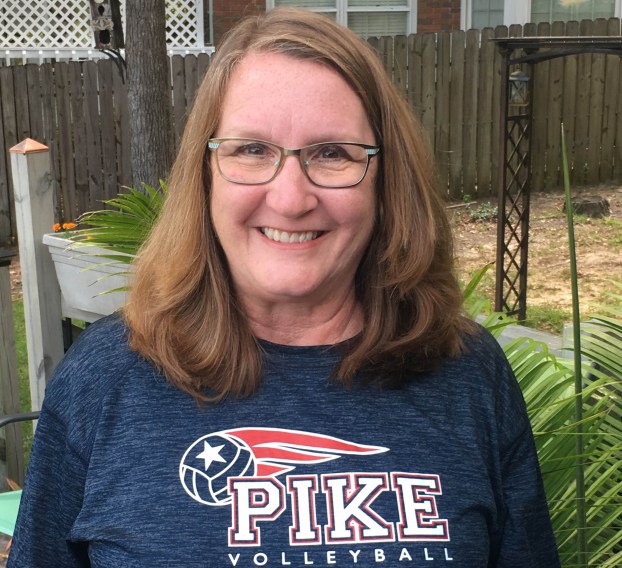 Lana Johnson will be patrolling the Pike Liberal Arts sideline as the new head volleyball coach of the Patriots.

Johnson spent the past two seasons as the junior varsity head coach at Charles Henderson. This season she gets the opportunity to teach the game to a new group of student athletes.

“It is an honor to be entrusted with the opportunity to coach such a talented group of girls,” Johnson said. “I am excited about having the good fortune to be a head coach with a great assistant coach.  I have a great Athletic Director and Assistant AD that support and guide me which means a lot in the coaching realm.  I also have had solid support and encouragement from the parents.”

Johnson and the Patriots got right to work after the hiring. Johnson and her players have spent the summer in the weight room and at camp, in efforts of getting to know each other and prepare for a successful season.

“The girls have worked very hard getting into shape and adjusting to the newness of a different coach,” Johnson said. “My coaching strategies seem to be somewhat different than these girls are familiar with, but they have cooperated with me and have given their best this summer.”

Johnson spent her time at Charles Henderson coaching under former Troy head coach Sonny Kirkpatrick. Johnson said she learned a lot in her time there and she is grateful for her time with the Trojans.

“Being an assistant coach under Sonny Kirkpatrick at CHHS taught me a lot about skill in passing and hitting,” Johnson said. “I learned a lot about running better practices to get full potential out of the team. I am grateful for what I learned there.”

The Patriots had one of their better seasons to date last year. They finished with an 8-9 record under previous head coach Mallory Floyd, who is now the assistant coach. Their eight wins were seven more than they had the previous season.

“Well, I do have pressure to win, because we have very talented and dedicated players that want to win,” Johnson said. “I am very fortunate to have a wonderful assistant coach, Mallory Floyd, who also brings experience to the team and worked with these girls last year.  Together, I feel we can build a strong, competitive team.”

Johnson and the Patriots will open up their season on the road in Luverne against Crenshaw Christian Academy. The Patriots will have their home opener on August 27 against Morgan.

“The girls on this team want to win and are hungry to learn the skills that will make them better,” Johnson said. “With this attitude, they can only get better.  I am confident that this team will give me their best every day.”

Wear and tear played a factor in the Troy Belles’ losses on Monday afternoon in the World Series. After finishing... read more