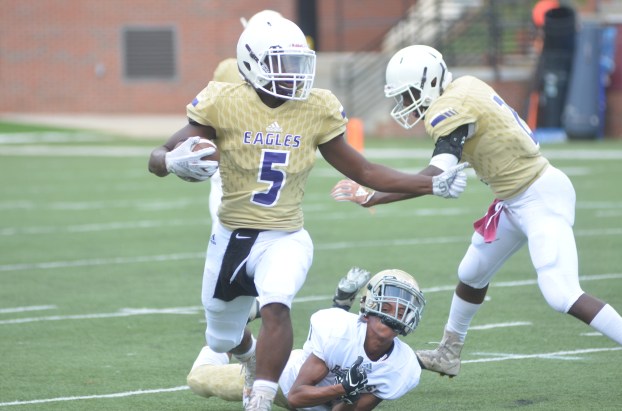 The 2019 high school football season is finally upon us and the local teams are preparing for what they hope is a deep run in the state playoffs.

Although the regular season doesn’t officially kick off until later this month, teams are finally able to hit the field for official practice on Monday. In the meantime, teams have been able to get in some light work on the field and in the weight room.

“We are able to do some conditioning and run some routes, stuff the AHSAA allows to do at this time,” Goshen head coach Bart Snyder said.

“I’m ecstatic for our kids,” said Charles Henderson head football coach Brad McCoy earlier this summer. “Our practice schedule has always included 20 minutes of round trip travel for two practices a day. All coaches know, time is very important in the practice plan and now having access to our field is really going to help with efficiency of our practices.”

Pike County will visit Troy to take on Charles Henderson in the annual cross-county showdown on August 23. Pike Lib will officially open up their season away against Monroe, while Goshen and Zion Chapel both have jamboree games on the road against Wicksburg and Houston Academy respectively.

The regular season will start one week later for AHSAA member schools. Charles Henderson, Pike Liberal Arts and Zion Chapel will all be home to officially begin the season. The Trojans open up against Enterprise, Pike Liberal Arts playes Crenshaw Christian and Zion Chapel opens up against Red Level. Pike County and Goshen are on the road. Eagles open up the season against rival Ariton.

The Trojans will finish off their home schedule with games against Rehobeth, Greenville and Tallassee. Their road games include Oxford, Beauregard, Carroll, Valley and Baldwin County.

The Bulldogs will have their home opener on September 6 against Houston Academy. Their other home games include Geneva, Slocomb, Opp and Sweet Water. Road games include Alabama Christian, Wicksburg, Abbeville, Providence Christian and Straughn.

This year’s Super7 will be located at Jordan-Hare Stadium in Auburn.

The Boys and Girls Club is looking for a new facility after the Troy Housing Authority decided to dispose of... read more