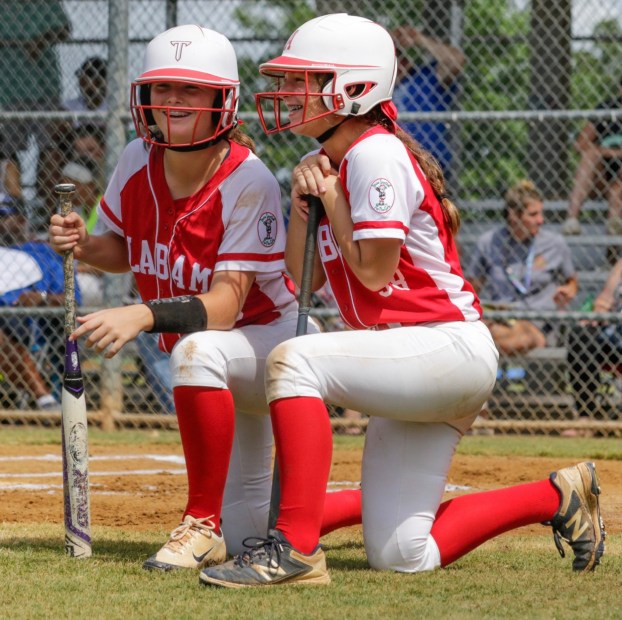 Messenger photo/dan smith The Troy Belles had their summer come to a close with a loss to Georgia in the World Series on Monday evening.

Wear and tear played a factor in the Troy Belles’ losses on Monday afternoon in the World Series.

After finishing the opening weekend undefeated, Troy went into Monday in good position of advancing to day four of the tournament.

After losing game one and winning game two, heat and fatigue played a factor in Troy’s game three loss, eliminating them from the tournament.

“With all the rain, we were one of the two teams that had to play three games in one day,” said head coach Scott Reeder. “We got to the field around 8 a.m and didn’t get done until 11:30 p.m. It was one game after an another. They were tired and worn out.”

This time of year, playing two games is common place, but adding a third game during the day is a tough task for any team.

“It’s tough playing three games in a day,” Reeder said. “They typically don’t do that, but with the rainouts they didn’t really have a choice. Louisiana and us were stuck having to play 21 innings.”

Rain played a factor during Troy’s state tournament earlier this month. Instead of playing the championship at tournament site in Florence, Troy and AUM played at the Troy Sportsplex.

Troy was one of the final five teams alive in a tournament that featured 11 teams.

“I think they did great,” Reeder said. “We were one of the last five standing and they are now down to the final four. They have played great from district until now. They never gave up. In the last game we played, we were down by two with runners on second and third with two outs in the seventh inning. Rayleigh Carter hit a line drive to end the game. They didn’t give up until they didn’t have any outs to give.”

Troy won 11 games this summer compared to just three losses. It was a summer of fun for Reeder and the Belles.

Troy will lose roughly half of their current roster next summer, but with the girls coming back combined with the upcoming players, the hope and expectation is that the Belles will once again be competitive.

“There is some talent coming up,” Reeder said. “It should be a fairly talented team next year. There are going to be a lot of good players coming back.”

Football is back on the campus of Troy University. The Troy Trojans under first-year head coach Chip Lindsey will open... read more