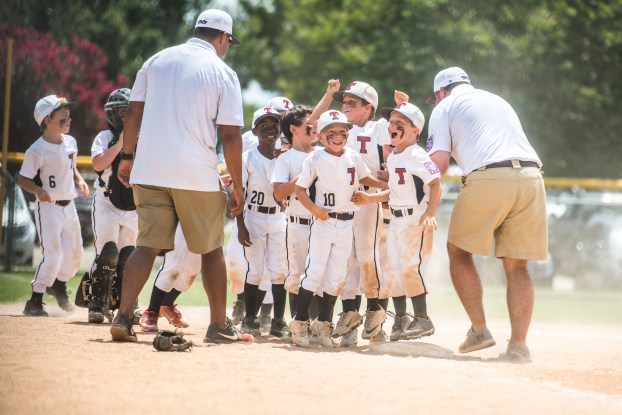 Troy 6U team travels to Mississippi for World Series

When the Troy 6U team wrapped up their second-straight state championship last Monday, they believed their summer had come to an end. To the surprise of many, coach Scott Ross and his team were notified of a World Series being played in Mississippi.

“This was something that we were unaware of. After the tournament, we thought we were done and then the State Director told Dan Smith about the opportunity. I asked the parents and everyone wanted to participate.”

This will be the first time a 6U team from Troy will participate in a World Series.

“We really don’t know what to expect, especially with 6-year-old kids,” Ross said. “We achieved our goal of winning the state tournament and we view this as a reward for the kids. We want to go have fun, play hard and try to do our best.”

Troy has had a tradition of success in district and state tournaments over the years. Ross and his team want to add to the tradition of winning.

“I think it’s how it should be. Troy has great history in Dixie baseball at all levels. They have won World Series titles. For the City of Troy to be participating in this is very fitting.”

They will make the trip to Mississippi and, for the players, it will be a fun road trip filled with baseball.

“The kids are excited about the trip and being able to stay in a hotel with a swimming pool,” Ross said. “They don’t have a grasp on how big the stage is and we want to keep it that way –that way it’s just baseball. We are trying to keep it simplified and one thing that we have stressed is no matter what happens, keep playing the game.”

Most of the team will head over on Thursday morning. They will begin play on Friday morning against Hattiesburg beginning at 11.

The Pike County and City of Troy governments are officially participating with the 14th annual “Back to School” sales tax... read more