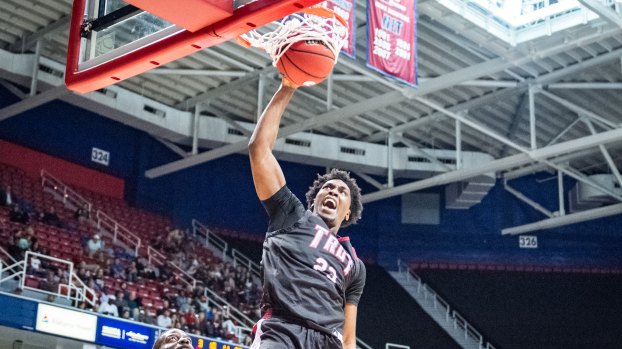 Former Troy men’s basketball star Jordon Varnado has earned a spot on the Toronto Raptors Summer League team as announced by the Raptors.

Varnado joins 14 players to make up the 15-man roster that will compete at the MGM Resorts NBA Summer League held in Las Vegas. The preliminary round begins for the Raptors on Saturday, July 6 against the Golden State Warriors at the Thomas & Mack Center at 11 p.m. CT. on ESPN.

The Brownsville, Tenn., native recorded five 20-10 double-doubles and scored over 20 points 12 times in 2018-19. Varnado finished the year with three 30-point games including a career-high 33 points and 11 rebounds against Louisiana (Jan. 26). Varnado was named Sun Belt Conference Men’s Basketball Player of the week on Jan. 21 after averaging 32.0 points on 64.9 percent from the field, 9.5 rebounds, 2.5 assists and 2.0 blocks per game.