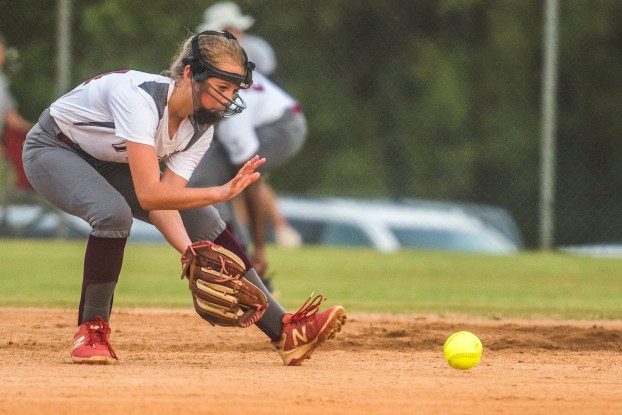 District tournaments continued on Saturday in Troy, Geneva and Rehobeth on Saturday. At the Troy Sportsplex, the Troy Darlings, Angels and Ponytails. The Belles competed in Rehobeth, while the Dixie Boys were in Geneva.

Defensive miscues plagued Troy resulting in their first loss of the tournament.

Ky Wilkerson got the start for Troy and pitched six innings.

After a scoreless first inning, Troy broke the ice in the second with three runs. Troy put two runners on base with back-to-back one-out walks. Tera Walker laid down a bunt and reached safely allowing both Addison Armstrong and Morgan Allen to score. Indi Carter drove in the third run on a sacrifice bunt that allowed Walker to score.

Crenshaw County cut into Troy’s lead with a pair of runs in the second, but Troy bounced right back in the fourth when they scored two runs in the bottom half of the inning. Wikerson doubled to left to drive in a run and came around to score on wild pitch to give Troy a 5-2 lead after four.

Errors cost Troy in the fifth. Crenshaw sent nine batters to the plate and scored five runs to gain the lead.

It took just two innings, but Troy handled Geneva by 13 runs, continuing their run in the winner’s bracket.

Sadie Leverette got the start and struck out six of the seven batters she faced.

Molly Garrett got the start in game two for Troy. Garrett pitched three innings before giving way to Leverette, who went the rest of the way. She struck out five batters and did not surrender a hit.

Troy will be back in action on Monday where they will play Eufaula at 6:30.

Troy took advantage of walks against Coffee County and went on to win. The win keeps them alive in the tournament after they lost in the opener on Friday night.

Mary Holland got the start for Troy in the win.

Troy will be back in action on Monday beginning at 8 p.m.

Despite the loss to Enterprise, Troy head coach Scottie Chandler was impressed with what he saw out of his players.

“We are very proud of the girls for their effort and believe we will be a contender in the championship game against Enterprise on Wednesday.

The Troy Dixie Boys kicked off their District Tournament with a 13-2 win over Geneva on Friday night. “We only... read more