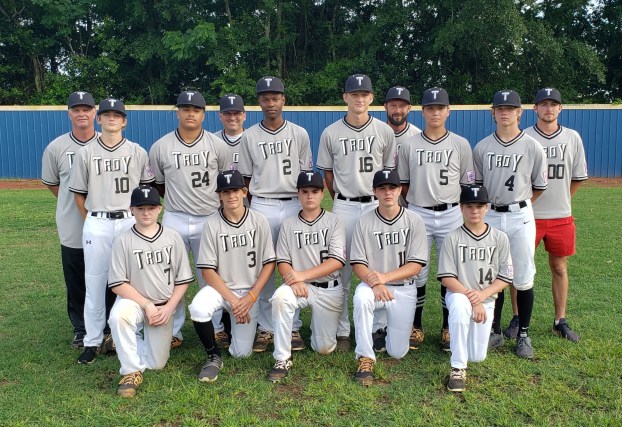 Hustle and effort are the two things that head coach David Bradford and his staff is looking to see out of their Troy Dixie Boys this summer.

Troy hit the field a little over two weeks ago and ever since the first practice, Bradford has noticed one big characteristic out of his team.

“These boys have a different level of effort in them,” Bradford said. “That is one thing we coaches have emphasized. We really like a team full of hard workers more than a team full of talent. We are banking on the effort the boys have put out. They have done a good job and we are ready to get going. We are ready to see some new faces.”

Troy will feature a few different faces of their own this season.

“We lost a couple of players from last year’s team,” Bradford said. “One guy moved to Ozark and then one of our better pitchers didn’t come back to rec ball. But these guys work hard for each other, so if there is one special thing, it’s how they look after each other.”

Even with one of their former pitchers not back with the team, Bradford believes he has six arms on his roster capable of logging key innings this summer.

“We have about six good pitchers that we can really rely on to throw strikes,” Bradford said. “With each pitcher up there, we have a very good defense behind them. We are going to have to hit the ball to win, but the defense we have behind the pitching will help us out a bunch.”

Troy will feature a lineup that will make consistent contact.

“We have a good group of guys that will make contact,” Bradford said. “We have some speed on the bases when we get there. We are going to see what we have to work with tonight. We are making good contact with the ball, so I don’t look for our guys to strikeout. I look for the other team to have to make the outs to beat us. We have some good guys and we can be aggressive stealing bases.”

Troy will be joined in the district tournament by Geneva, Enterprise and Ozark.

The Troy Angels will feature a new group of players hungry to win a district and state championship in their... read more