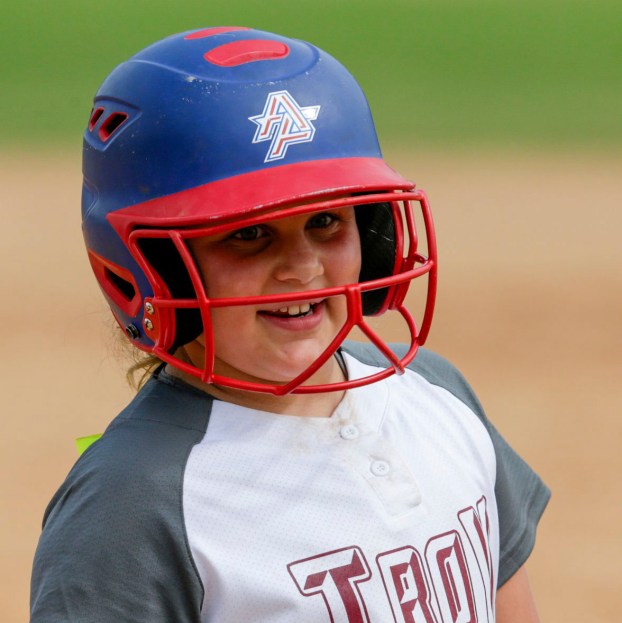 The Troy Angels will feature a new group of players hungry to win a district and state championship in their first year in a new league.

Nearly the entire roster will feature players that a year ago were hitting pitches thrown by their coaches.

Despite the transition, the Troy Angels are ready to hoist a trophy.

The players on the Angels squad, for the first time, will take swings against a fellow player in the pitcher’s circle.

“Beth (Dixon) is the only one that has actually played in this division first,” Dixon said. “They are uses to seeing a pitch throwing to them. Now you have a girl going through their windup instead of the coach tossing it up right down the plate. The boys do the same thing and it’s a transition. They are nervous probably because the moms and dads throw it across the plate. With the girls pitching you never know.”

Getting used to your abilities at the plate, according to Dixon, is the biggest transition for the offense.

The players played at this level throughout the regular season and they also played in a warm up tournament at the Sportsplex earlier this month.

“We looked good in that tournament,” Dixon said. “One tournament doesn’t give you a lot of information, but we played well. Hopefully we will have girls that can throw strikes, that will be important.”

On the offensive side, Dixon believes his offense will be able to do some damage once the tournament begins on Friday evening.

“We hit well the other week,” Dixon said. “We have been putting in a lot of work in the batting cages and on the field. Hopefully they can take what they have done in practice to the games.”

“We talked with them about the importance of them realizing that they are representing their city and that not every girl gets to play,” Dixon said. “There are a lot of girls that want to play and didn’t make the team. They’re not only playing for themselves, but they’re playing for all the other girls that didn’t make it and for their city. We talked about the importance of giving everything they have got.”

Weather pushed back the proceedings on Monday evening at the Troy Sportsplex, but by night’s end the Troy AAA tournament... read more