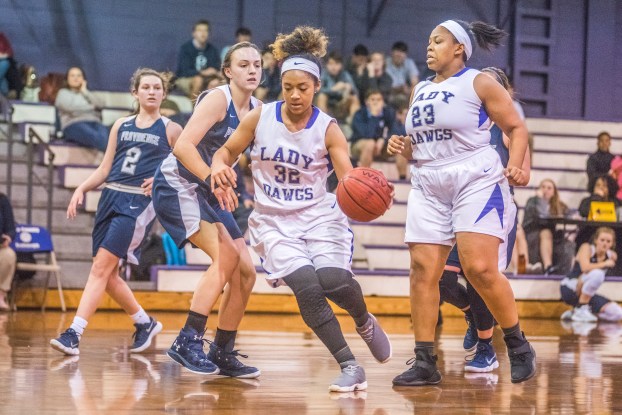 The Pike County Bulldogs made a deep run in the 2018 postseason, highlighting what was an exciting 2018-2019 school year at Pike County High School.

The Bulldog football team finished the season 10-3, giving them double-digit wins for the first time since the 2007 season.

The Bulldogs had book-end losses during the 2018 season. They lost to Alabama Christian 16-0 to begin the season and ended the regular season with a 40-6 loss to Sweet Water. In between those losses, the Bulldogs won eight consecutive games.

They finished the season as the region champions for the second time in three years. They made it to the quarterfinals of the playoffs for the first time since 2007 after knocking off Oakman and Thomasville. Their season came to a close one week later with a 12-10 loss to Flomaton.

Senior quarterback Jaidyn Wilson signed a football scholarship with Lakeland following the conclusion of the season.

“Jaidyn made a great impact on our program because of his leadership, and how he represented himself for the school, the team and the community,” Holland said. “I am extremely proud of him to do those things.”

Coach Doug Holland and the Bulldogs basketball team made it back to the postseason during the 2018-2019. After a late start to their season due to the success of the football team, the Bulldogs finished their season in the sub-regional finals in Brundidge.

The Bulldogs saw their run in the postseason come to a close with a tight loss to Slocomb.

“One thing that I’m going to take away is the hard work that was put in,” Holland said. “For us to be better as a program, we have to learn to do the fundamental things right. Going back to the basics with defense and free throws.”

The Lady Bulldogs began their regional tournament with a game against Hale County. After weather delayed the start, the Bulldogs fell to Hale County before falling in game two, ending their season.

All season long, Kidd was depending on her younger players to provide a spark.

“My younger girls have carried this team,” Kidd said heading into the postseason. “Not taking away from my seniors because they have done a great job, but my young players have picked it up. When frustrations have come, the young girls have been the ones to pick up the team. They are doing the encouraging and really showing leadership.”