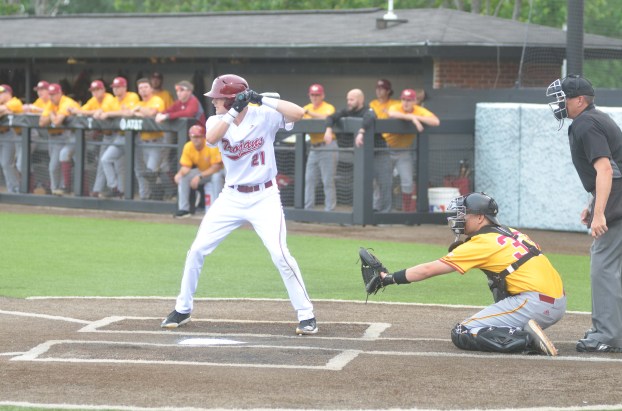 The Troy Trojans opened their final home series on Friday night against Louisiana Monroe at Riddle-Pace Field. They knocked off the Warhawks 15-4.

Cory Gill got the start for the Trojans in the series opener. Gill pitched the first six innings for the Trojans. He allowed three runs on six hits and had four walks. He struck out one batter.

After the Warhawks took an early lead in the bottom of the first inning, Dalton Sinquefuield began what was a barrage of extra base hits when the cleared the wall in right field for a game-tying home run.

Doubles accounted for the next three Trojan runs. the Trojans hit three-straight doubles in the bottom of the second, giving them a 4-1 lead.

After Austin Garofalo reached on a one out single he came around to score on a double to right field by Reed Smith. The Trojans then got RBI doubles by Rigsby Mosley and Drew Frederic.

The Trojans broke the game open one inning later. Following a double by Smartt and a Sinqfufield walk, Manning Early hit the fifth Trojan double of the night scoring both runners and bringing the score to 6-1.

The Trojans added to their lead with a single run in the bottom of the fifth inning. Sinquefield led off the inning with a single and came around to score four batters late on a sacrifice fly by Cole Prestegard, bringing the score to 7-1.

Drew Frederic hit another Trojan double in the sixth to drive in Mosley. Smartt followed up with an RBI single to give the Trojans a 9-3 lead heading into the seventh inning.

The Trojans added a run in the seventh before closing out the win with five more runs in the eighth.

The Trojans will conclude the series and have their final home game of the season on Saturday when they take on the Warhawks in a double-header beginning at 11 a.m. The Trojans will honor their seniors before the start of the second game.