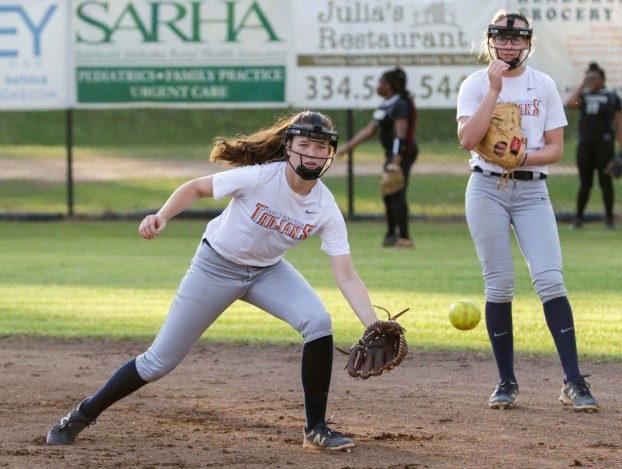 Photo/Dan smith The Charles Henderson Lady Trojans will begin play in the regional tournament on Friday.

The Charles Henderson Lady Trojans are gearing up for what they hope is a deep run in the Class 5A South Region Tournament beginning on Friday afternoon.

The Lady Trojans will take on Jackson in round one beginning at noon at the Gulf Shores Sportsplex.

“We have been practicing today (Wednesdays) and we are going to practice tomorrow (Thursday) before heading out around lunch sometime,” said head coach Robin Snyder.

The Trojans finished up last week’s area tournament in second place. They began the tournament with wins over Greenville and Carroll. Both of their losses came at the hands of Rehobeth.

“I don’t know a whole lot about the other teams,” Snyder said. “We open up with Jackson and if we win that we will play the winner of Beauregard and Satsuma. I have heard Tallassee is pretty good, but they are on top of the bracket. We feel like we can matchup with anybody if we play the way we are capable of playing and hit the ball and pitch the way we pitch.”
Snyder feels it’s an advantage to his team when neither team is familiar with the other.

“I think it’s a huge advantage,” Snyder said. “Sometimes we go into games against somebody we know like a Rehobeth and we tend to not play as well because we think we are going to lose to start the game. I hope it will be an advantage for us and give us some confidence.”

Charles Henderson’s first round opponent Jackson comes into the tournament as the Class 5A Area 2 winner. They beat Citronelle in the finals 9-1 to claim the Area 2 championship.

“It all boils down to hitting and pitching,” Snyder said. “We have to play defense and we have to hit. I think if we hit the ball, we are going to give ourselves a chance because they have to catch it and throw it. When you’re not putting the ball in play, you are helping out their defense.”

Nall Hollis might be Marshall County’s most famous person but, in Troy, Alabama, Nall is king. The Troy native and... read more