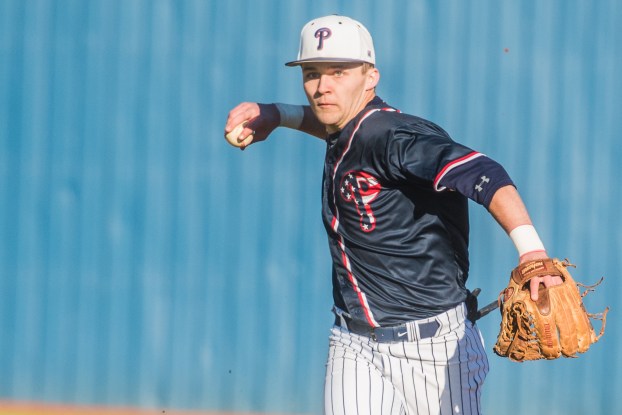 After clinching a spot in the their third-straight AISA State Championship last Wednesday afternoon, the Pike Liberal Arts Patriots learned who they would play nearly 24 hours later.

The 29-0 Morgan Academy Senators knocked off Lee-Scott in their semifinal, securing a showdown with the defending champion Patriots.

The two teams will begin their best two-out-of-three championship series on Wednesday beginning at 10 a.m.

“We are very excited to be back in this position for the third year in a row,” said head coach Allen Ponder. “It’s always a great accomplishment to get there. There is a very good opponent waiting for us. Morgan Academy has a few Division-I signees in their lineup, a few SEC signees. We know exactly what is waiting for us.

The three infielders hit for a high average and also have the ability to hit the ball out of the ballpark.

“Most of their guys are high-average guys, while at the same time have a lot of power,” Ponder said. “That has won them a lot of games this year.”

The Patriot pitching staff will be charged with keeping the Senator lineup in check in Montgomery.

“We are not going to change anything we do,” Ponder said. “We are going to stay steady and play our game. We are really excited about this challenge and are looking forward to it.”

Hitting is not the only weapon for the Senators. They also will bring a strong pitching staff and defense with them to Montgomery.

“They are great defensively and they have some great arms,” Ponder said. “They are about as well-rounded a baseball team as you could have.”

This will be the first time this season that the two teams will face one another.

“It’s going to be both teams getting into the flow of the game and feeling each other out for the first few innings,” Ponder said. “I’m sure we will both go in there with game plans and try to execute them. I feel like whoever does the best at that job has a good chance to win.”

The teams will play two games on Wednesday. The first game will begin at 10 a.m. with the second to follow shortly after the conclusion of game one. If the two teams split on Wednesday, there will be a third and deciding game on Thursday beginning at 11 a.m.

Sometimes it’s just the way the ball bounces. And had not been for a bounce of the ball in the... read more