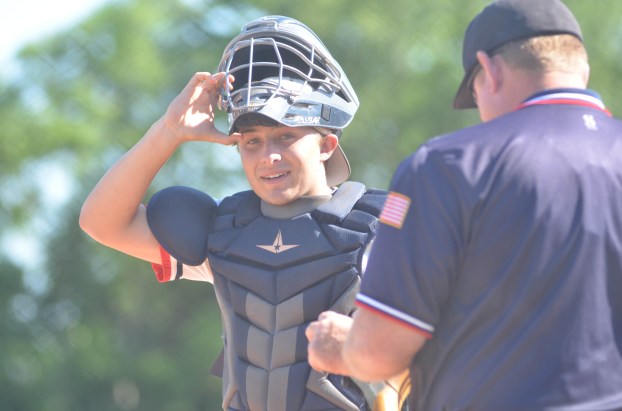 The Pike Liberal Arts Patriots are advancing to their third-straight state championship after they swept the Morgan Academy Senators on Wednesday afternoon.

Senior leadership has been a key characteristic of coach Allen Ponder’s teams at Pike Liberal Arts and on Wednesday, key seniors stepped up once more.

“It’s very special,” Ponder said. “We are coming to the end of the season and an era. I have these seniors now for five years. That is what makes each win special. We have been together for so long and they work so hard to get here. Every game we win moving forward gets us closer to our ultimate goal.”

It was a tale of two different games on Wednesday. The Patriots won game one 3-1 on the back of a strong pitching outing by junior Holt Steed. The Patriots then had to win an offensive game in game two 9-6.

“Tuscaloosa Academy is a very good team and a well-coached team,” Ponder said. “We knew what kind of games they were going to be. We knew no matter what that Tuscaloosa was never going to lay down and give up. Every time Tuscaloosa put up a number, we came in and did the same thing.”
Jade Sikes was one player that overcame adversity on Wednesday. Sikes went to the mound in the third inning with the Patriots leading 3-1. The senior allowed five runs to score in the inning. Despite the struggles early, Sikes completed six innings.

“Holt has done a great job all season long,” Ponder said. “We expect that every single time he touches the mound. He came out and threw a great game. He kept them off balance and we were able to locate throw pitches for a strike and that made him very difficult to hit.”

There will be a different look in the state championship series. In the two previous seasons, the Patriots have matched up with Glenwood at Paterson Field in Montgomery. This season, they will play the winner of Lee-Scott and Morgan at Riverwalk Stadium in Montgomery.

“We are not going to change anything we do,” Ponder said. “We feel like if we play our best game then we are very difficult to beat. Whoever we play is going to be a very quality opponent and we understand that we are going to have to play great baseball to win.”