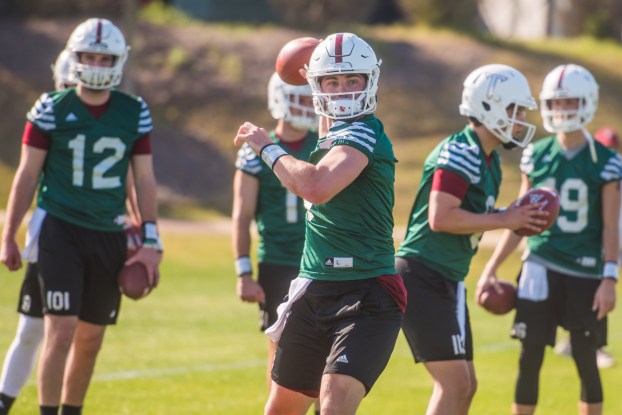 Troy quarterback Sawyer Smith announced via twitter on Tuesday evening that he has entered the transfer portal.

A quarterback room that once featured plenty of depth, lost an experienced arm on Tuesday. In his tweet, Smith thanked not only the Troy football program, but the university and Chancellor Dr. Jack Hawkins Jr.

“First, I’d like to say thank you to Dr. Hawkins for making Troy a special place. I’d also like to say thank you to Trojan Nation for always being supportive and being the best fans! To Coach Lindsey, the staff, and all my brothers on the team, I just want to say I love y’all and thank y’all for always believing in me and having my back. With all this being said, I have decided, with my family, to transfer from Troy.”

Smith played in all 12 games for the Trojans last season and took over for injured quarterback Kaleb Barker after he injured his knee against Georgia State.

Smith got the start the following week against Liberty and the Trojans fell 22-16. Smith and the Trojans finished out the regular season 4-1 and earned a bit to the Dollar General Bowl in Mobile.

Following spring practice, Troy head coach Chip Lindsey did not name a starting quarterback heading into fall camp.
With Smith currently not on the roster, the Trojans will have quarterbacks Barker, Gunnar Watson, Jacob Free, Gavin Screws and Kade Young.

In recent years, the Trojans limped into the annual T-Day scrimmage with multiple injuries. On Saturday morning at Veterans Memorial... read more