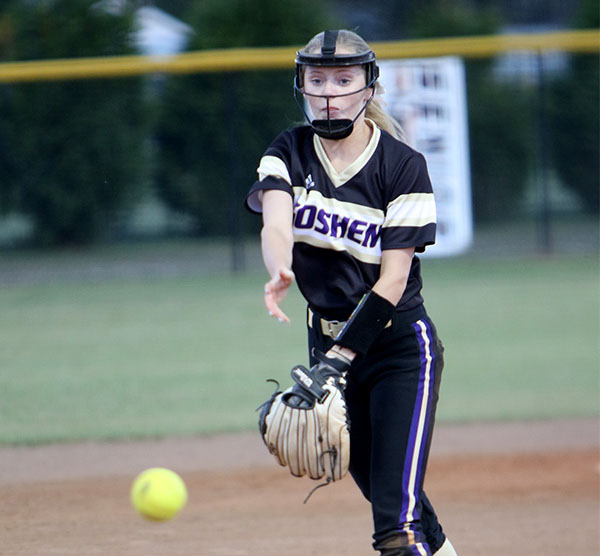 The Goshen Lady Eagles are gearing up for their appearance in the Class 2A Area 4 Tournament on Tuesday afternoon.

The Lady Eagles make up a four-team area. The top two teams will advance to the regional tournament. The two other teams will have their season come to an end.

The Eagles will attempt to get at least two wins against a group of three teams that include rivals, Luverne, New Brockton and Ariton.

The Goshen Eagles finished third place in the regular season area standings with a 3-3 record. Ariton and Luverne finished in a tie for first place with a 4-1 record, but it was Luverne who earned the right to host the tournament. They will take on fourth seeded Zion Chapel. The Eagles will begin their area tournament with a matchup against the Purple Cats of Ariton.

The Eagles split their two games against the Purple Cats during the regular season. They won their second matchup of the season 7-2 after they fell in game one 9-6.

The Eagles’ first round game against the Purple Cats begins at 4:15 p.m.

Trojans have their season end with loss to Bibb County

Bibb County scored runs in five different innings in their 8-4 win over Charles Henderson in the deciding game of... read more