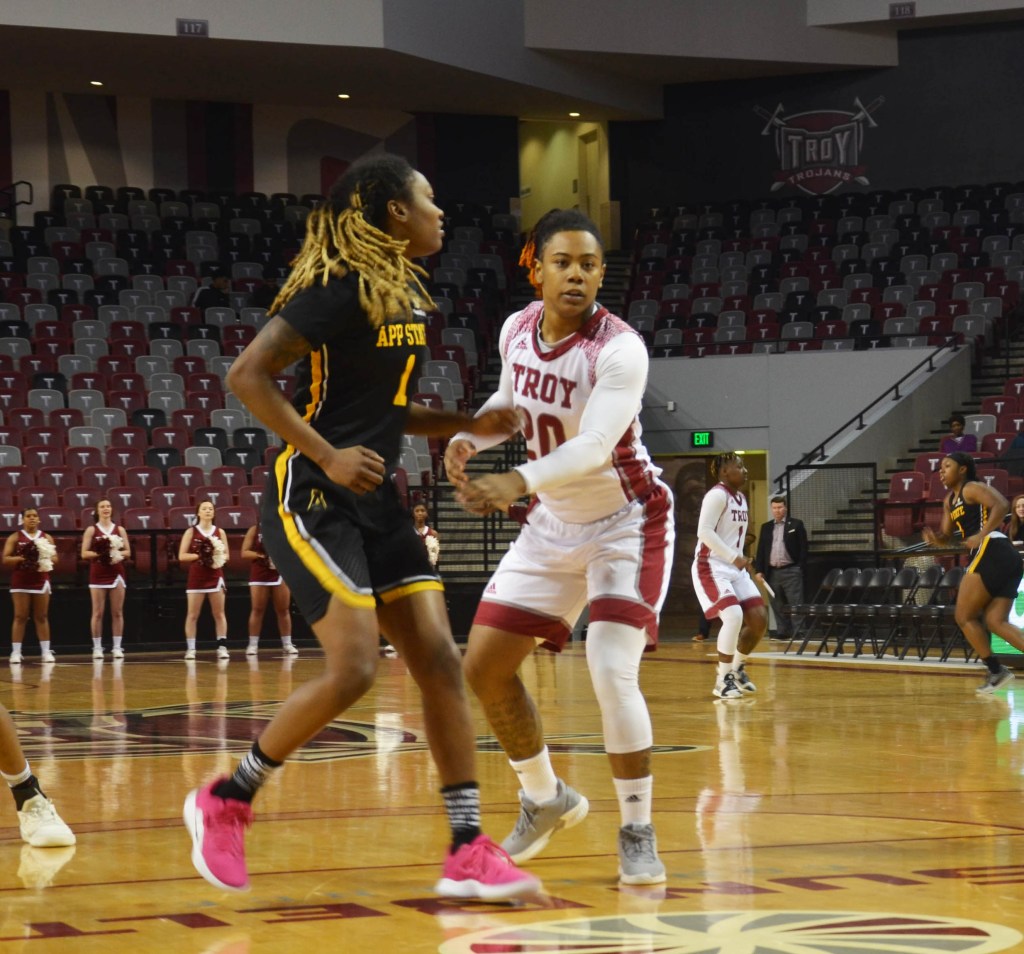 The Trojan women clinched the third seed in the upcoming Sun Belt Conference Tournament with a 95-66 win over Appalachian State on Thursday night at Trojan Arena.

The win for the Trojans pulls them to 21-7 overall and 12-5 in conference play. The Trojans outscored the Mountaineers 53-32 in the second half on their way to a comfortable 29-point win.

“We talk about March being our month and I think we are getting better,” said Troy head coach Chanda Rigby. “A lot of people are getting better. I was really proud of them. We didn’t get comfortable. They cut it to eight at halftime. It was almost a teachable moment.”

The Trojans entered the contest knowing they couldn’t reach the two seed, but a loss opened the door to the Trojans falling to fourth.

“We had our eyes on first, but we didn’t meet our mark,” Rigby said. “Our ultimate goal though is to win the tournament. Now, securing third means we only have to win three games to win. We know we have to do. We have had to win three games in the past and we are going to have to do it this time.”

Amber Rivers nearly posted a double-double in the first 20 minutes of play. She totaled 15 points and six rebounds in the opening two quarters.

The Trojans went into the second quarter leading 24-14 after shooting 37 percent in the opening half.

The Trojans went into the half leading by eight at 42-34 after a Mountaineer three-pointer by Madi Story.

The Trojans put separation between themselves and the Mountaineers in the third quarter, outscoring Appalachian State 28-15.

In the two wins against the Mountaineers this season, the Trojans never trailed.

The Trojans will close out the regular season on Saturday when they host Coastal Carolina beginning at 2 p.m.

Charles Henderson comes back to knock off Eufaula 10-9